U.S. banks shifting some London staff ahead of Brexit deadline

Feb 1, 2019 8:39 AM PHT
Agence France-Presse
Facebook Twitter Copy URL
Copied
US banks are transferring some London staff to Continental Europe and drawing up contingency plans in case of a 'hard' Brexit 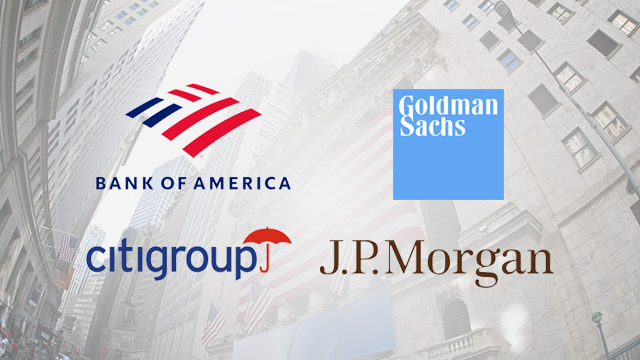 NEW YORK, USA – With two months until Brexit takes effect, US banks have begun transferring some London staff to Continental Europe and drawing up contingency plans in case of a “hard” Brexit.

Around 400 Bank of America employees are set to transfer to Paris and Frankfurt starting in February, according to a person familiar with the matter.

About half of this group – or 200 people – will be in place before the March 29 Brexit deadline, with the remainder following soon after.

The biggest US bank by assets, JPMorgan plans to shift “several hundred” jobs from London to the Continent and had already moved a handful employees at the end of 2018. It has informed other British staff of relocations, said a source close to the situation.

The person did not specify where in Europe the employees went. JPMorgan currently has offices in Frankfurt, Paris, Milan, Dublin and Luxembourg.

Goldman Sachs has beefed up its staffing in both Frankfurt and Paris so that it can react “seamlessly” to clients starting March 29, according to a person close to the situation.

Citigroup, which is present in 20 of the 27 EU countries, at the end of 2018 transferred 63 London-based employees to the Continent, including 45 traders, said a person familiar with the bank’s plans.

Prior to Brexit, US banks had shown a preference to situate many functions in London that could do business with the entire EU bloc of countries.

But in cleaving London from the EU, Brexit is expected to restrict the EU work of British staff.

“We’ll be ready for our European clients on day one,” said a spokesperson for JPMorgan Chase.

The group of workers being transferred from London includes traders and sales staff and banks have also been hiring new employees on the Continent, sources said.

That banks are sticking with plans to expand in Paris is a sign financial giants have not been too unnerved by the so-called “yellow vest” protests that have gained international notoriety following clashes with French police.

The yellow vest protest “does not change our plans,” JPMorgan Chase Chief Executive Jamie Dimon said earlier this month in a conference call with journalists. “The real issue is whether there will be a hard Brexit or not.”

Some banks have made arrangements to allow staff to commute to London over an interim period because of family commitments before the transfer is permanent.

Until now, transfers of banking professionals have been limited because the finance sector hopes Britain and Brussels can agree on a two-year period of transition.

But sources familiar with the banks said the number of relocations could rise in if there were a hardening of positions between now and the end of February and banks concluded the differences were irreconcilable.

“We still don’t believe it will be (a hard Brexit) because it will be very difficult for both Britain and the EU so we expect a transitional withdrawal agreement,” said JPMorgan’s Dimon.

But as March 29 draws closer many experts are growing more concerned about a worst-case scenario feared by Brussels, London and beyond.

The risk of a Brexit without an agreement “has increased,” warned European Commission President Jean-Claude Juncker.

Large US banks have prepared for such a worst-case scenario to ensure the banking system remains functional, banking sources said.

Federal Reserve Chair Jerome Powell, who called Brexit an “unprecedented event,” said this week the US central bank had been working with US financial institutions that operate in Britain and the EU.

“We have worked with those institutions alongside UK and EU regulators to assure ourselves that those firms have plans and…all the things they will need to deal with the full range of Brexit outcomes.” – Rappler.com