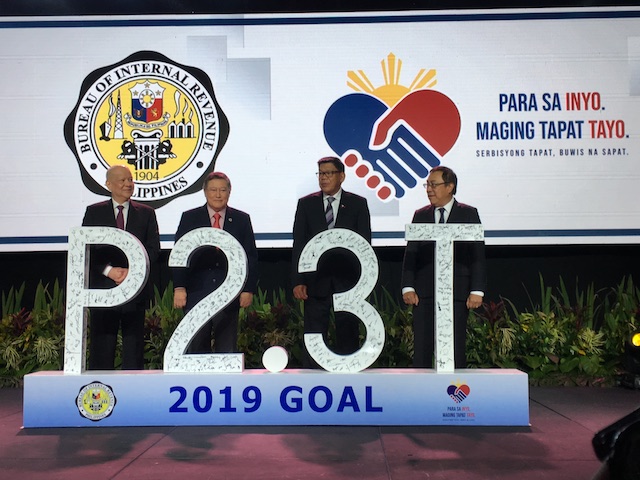 MANILA, Philippines – Inflation and unforeseen governance hiccups spoiled the collection goal of the Bureau of Internal Revenue (BIR) in 2018. This year, the agency is hungry for a comeback.

BIR Commissioner Cesar Dulay said they can achieve the goal by implementing reforms and expanding the tax base.

The BIR was able to increase the tax base or the number of tax payers and businesses by 5% in 2018.

Dulay did not mention how much growth the agency is aiming for the tax base in 2019, but said they would increase it “as much as we can.”

Finance Secretary Carlos Dominguez III congratulated the BIR for its collections in 2018 despite missing the mark.

Dominguez said that meeting over 96% of its collection target was a “passing grade.” – Rappler.com