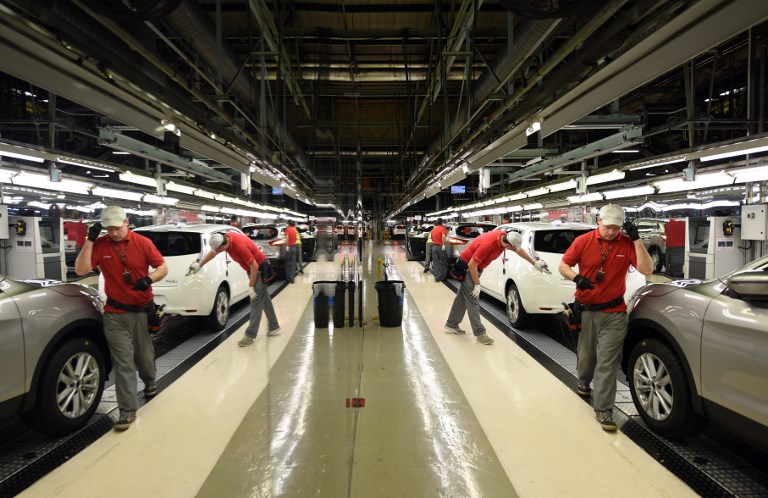 LONDON, United Kingdom – Japanese car manufacturer Nissan announced Sunday, February 3, it was canceling plans to build its X-Trail SUV at its plant in northeast England despite Brexit assurances from the government.

“While we have taken this decision for business reasons, the continued uncertainty around the UK’s future relationship with the EU is not helping companies like ours to plan for the future,” Nissan Europe chairman Gianluca de Ficchy said in a statement.

“We appreciate this will be disappointing for our UK team and partners,” he added. “Our workforce in Sunderland has our full confidence.”

The car giant announced in 2016 that it planned to build the model at its plant in Sunderland, but will now assemble it instead at Nissan’s global production hub in Kyushu, Japan.

“Other future models planned for Nissan Sunderland Plant – the next-generation Juke and Qashqai – are unaffected” by the decision, according to the statement.

The company said it had decided to shift investment away from the British plant, and towards developing vehicle technology.

“A model like X-Trail is manufactured in multiple locations globally, and can therefore be reevaluated based on changes to the business environment,” explained Hideyuki Sakamoto, Nissan’s executive vice president for manufacturing and supply chain management.

Local MP Bridget Phillipson tweeted that the reports “represent deeply troubling news for the northeast economy – so many jobs and livelihoods depend on Nissan’s success.”

The car giant is a major employer in the region, a former industrial powerhouse that has suffered decades of economic decline, and which voted heavily in favor of Brexit.

Labour MP Julie Elliott said Brexit had played an “inevitable role” in the decision, adding, “none of it is conducive to encouraging business investment in this country.”

Nissan employs almost 7,000 people at the Sunderland plant – its largest in Europe – which has produced cars since 1986.

Other multinational giants, including Airbus, warned this week that British jobs could suffer in the event of an unfavorable outcome.

The scenario of Britain exiting the European Union without a “divorce” deal is becoming ever more possible as the clock runs down the official departure date of March 29. – Rappler.com