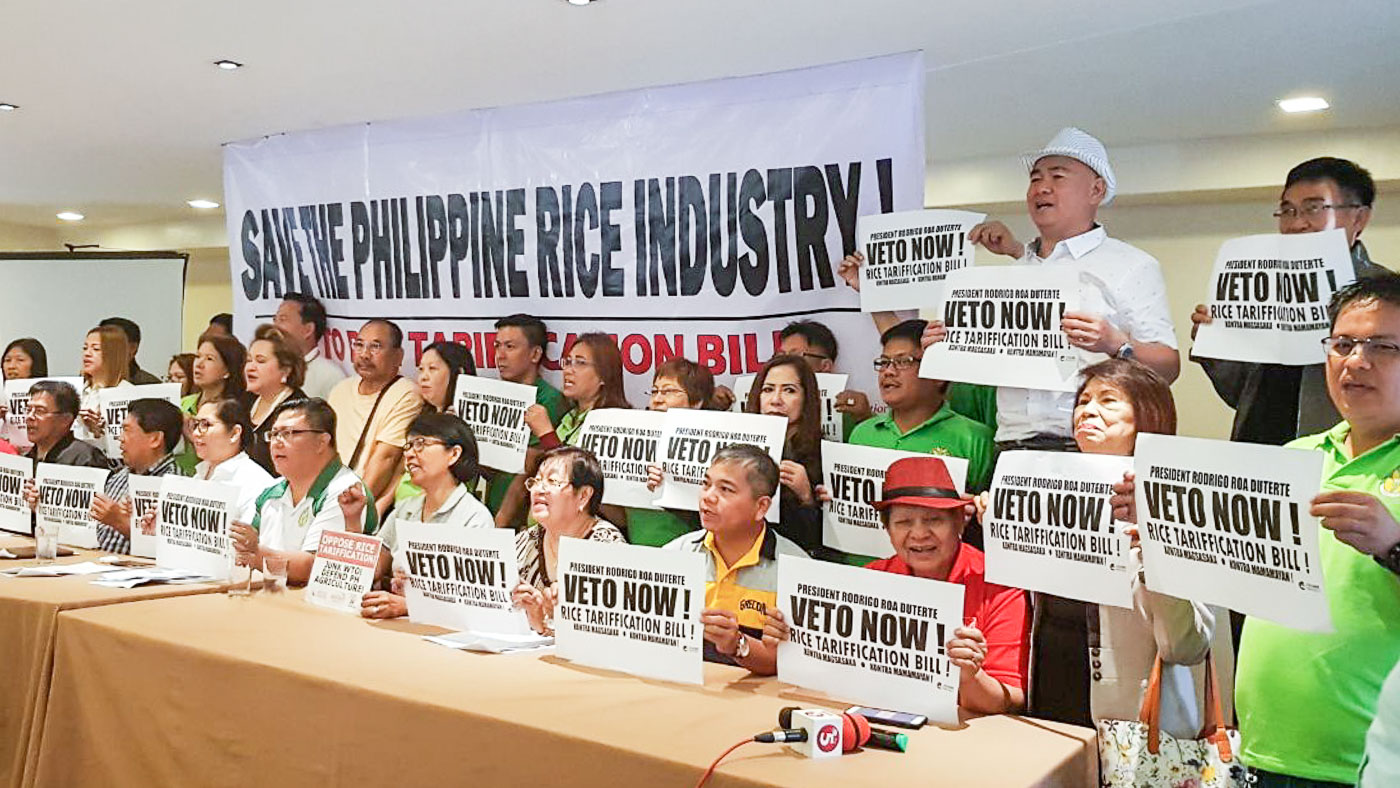 MANILA, Philippines – In a bid to protect the local rice industry, various groups that help supply the country’s staple are calling for President Rodrigo Duterte to veto certain provisions in the rice tariffication bill.

Under the bill, the NFA will no longer monitor and regulate the entry of rice imports, as well as decide the volume and timing of the imports. Its role would be limited to providing stocks in case of calamities.

The groups said the bill would affect not only farmers’ livelihood and availability of rice for poor consumers, but would also lead to loss of jobs if there is uninhibited rice importation. (READ: With rice tariffication, what happens to food security?)

Aside from wholesale and retail businesses, this could affect 2.7 million farmers and 6,600 registered rice millers which employ around 55,000 workers.

National Food Authority (NFA) Employees Association-Central Office president Maximo Torda added that this may mean the loss of jobs for 4,635 NFA employees “from Batanes in the north up to Tawi-Tawi in Mindanao.”

The industry representatives were set to meet with Duterte on Monday afternoon to appeal to the President to veto the provision removing the NFA’s powers, along with with details related to the Rice Competitiveness Enhancement Fund (RCEF).

In 2018, Duterte declared the bill as urgent amid the rice shortage and increasing rice prices. (READ: Rice tariffication good for the country, Filipino farmers)

That same year, the Senate also approved the bill, which includes a mechanism to provide financial aid to make the rice industry more competitive. Last January 15, the bill already reached the President’s table for signing.

Data from the Philippine Statistics Authority released on Monday showed that the average wholesale price of well milled rice grew 5.08% year on year to P41.56 per kilogram (kg) on wholesale, while its retail price saw a slightly higher year on year increase at 6.34% to P45.11 per kg. 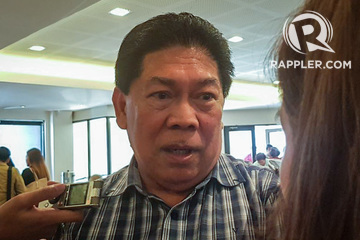 Rice Productivity Advocacy Incorporated representative Francisco Malabanan said they are totally not against the rice tariffication bill “since it is already needed,” but there are certain provisions that have to be changed. (READ: Will rice tariffication live up to its promise?)

For instance, the group wants to remove the added tax on both inbred and hybrid rice seeds to make it more affordable for farmers to procure.

Aside from this, Malabanan said the proposed RCEF only covers the production and promotion of inbred rice seeds.

Under the proposed RCEF, P5 billion of the P10-billion annual fund allocated for the industry will be given to the Philippine Center for Postharvest Development and Mechanization for farm equipment, P3 billion will be set aside for the Philippine Rice Research Institute for research, and P1 billion each will be given to banks for loans with interest and the Agricultural Training Institute as well as Technical Education and Skills Development Authority for training.

(They should include hybrid rice [seeds] because that involves the latest technology which can help our farmers increase their production and make them more competitive. It would also ensure that the palay production in our country will not die.)

Malabanan, who is also a senior technical consultant of homegrown hybrid rice producer SL Agritech Corporation, also said that since the country is only 6% away from total rice self-sufficiency, the expanded use of hybrid rice can fill the gap.

(Secretary Emmanuel Piñol initally supported the use of hybrid rice. But the problem is that he wasn’t supported by the economic managers, that’s why he didn’t push for our request to be able to use 1.5 million hectares for hybrid rice.) – Rappler.com