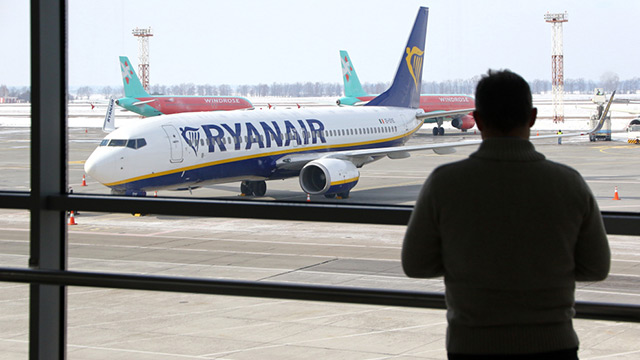 Mirroring a set-up by British Airways and Iberia owner IAG, a statement said it planned to have 4 distinct operations, each with its own chief executive.

Michael O’Leary will head up the overall group, Ryanair said. Under him will be Ryanair DAC overseeing the Irish operations and there will be also Ryanair UK, Laudamotion for its Austrian business, and Ryanair Sun, or its Polish unit.

“Having agreed this group strategy as the best way to grow Ryanair, Sun, Lauda and other possible airline brands, Michael O’Leary has agreed a new 5-year contract as group CEO,” the statement said.

It added: “Over the next 12 months Ryanair Holdings Plc will move to a group structure not dissimilar to that of IAG.

On the latest group earnings performance, O’Leary said that while the 20 million euros ($23 million) net loss was “disappointing”, the group takes “comfort that this was entirely due to weaker than expected air fares”.

On Monday meanwhile, it again spoke out on Brexit.

“The risk of a ‘no-deal’ Brexit remains worryingly high. While we hope that common sense will prevail, and lead to either a delay in Brexit, or agreement on the 21 month transition deal currently on the table, we have taken all necessary steps to protect Ryanair’s business in a no-deal environment,” the statement said.

Britain accounts for about one-quarter of revenues at Ryanair, causing the airline to warn frequently about potential fallout from the UK’s rocky path to exiting the European Union.

And while the airline sector as a whole took a knock last year from high oil prices, a sharp reduction in fuel costs in recent months has removed such pressures.

But the European short-haul sector remains weighed down by fierce competition despite some consolidation, including Ryanair’s purchase of Austrian carrier Laudamotion in 2018.

In addition, Ryanair’s earnings have been hit by pan-European strikes last year that forced it to cancel flights, affecting thousands of passengers, and offer improved pay deals to staff via landmark deals with unions. – Rappler.com