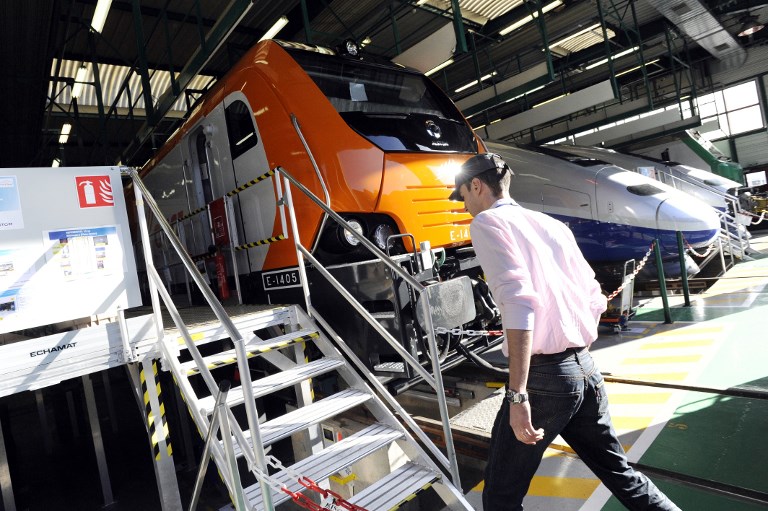 The tie-up, announced to great fanfare in 2017, had been hailed as the birth of a much-needed European industrial champion, an Airbus for the railways to face down a formidable Chinese rival.

But, after months of investigation and a rejected offer of concessions from the companies, the European Commission in a rare move blocked the hook-up of Germany’s Siemens and France’s Alstom.

“The Commission prohibited the merger because the companies were not willing to address our serious competition concerns,” Vestager told a news briefing.

“Without sufficient remedies, this merger would have resulted in higher prices for the signalling systems that keep passengers safe and for the next generations of very high-speed trains.”

The heavily expected veto brought consternation in Paris, where ministers had lobbied hard for the tie-up, seeing it as a necessary defense to compete against China’s state-backed CRRC.

Vestager’s take on competition is “wild” and “a very outdated idea of the law”, thundered French Prime Minister Edouard Philippe in parliament.

French Finance Minister Bruno Le Maire termed the refusal “an economic mistake” that “will serve the interests of China,” while junior minister Agnes Pannier-Runacher said Brussels had “lost the plot”.

Alstom saw “a clear set-back for industry in Europe” and said the quest to merge the companies was now over.

The red light from Brussels will leave a political scar on Vestager in the eyes of France and Germany after years of her being seen as an EU rising star.

Vestager was hailed as a European hero after taking on US tech giants Google, Facebook and Apple, which she ordered in 2016 to pay 13 billion euros in back taxes.

Vestager defended her choice saying that smaller EU nations and not only the “very vocal” were being heard.

“Of course the interest has been very high for France and Germany but there are still another 26 other member states which have interest in the market,” she said.

Brussels believes the alliance would crush smaller groups and hike prices for railways, with the merged firm in a commanding position for selling signalling equipment and high-speed trains.

Competition authorities in Britain, the Netherlands, Belgium and Spain have all firmly backed Vestager, afraid of increased costs for their national railways.

But backers of the tie-up wanted Vestager to look beyond Europe to the rise of CRRC, itself born of a merger of Chinese companies, before it is too late.

“Aren’t there areas such as aviation, railways, banks where you have to take the global market as a reference rather than the European one?” pleaded German Economy Minister Peter Altmaier on Tuesday, February 5.

On Wednesday, Altmaier said Paris and Berlin will jointly propose changes to EU competition rules to respond to growing rivalry from global giants.

Caught in a political firestorm, commission head Jean-Claude Juncker has defended the EU’s competition policy, pointing a finger on Tuesday at those “who are saying that the commission is composed of blind, stupid, stubborn technocrats.”

Juncker appeared to be hitting back at Siemens chief Kaeser, who last week complained that “backwards-looking technocrats” would thwart a strategic tie up for Europe.

“We will never play politics or play favorites when it comes to ensuring a level playing field,” Juncker said.

The merger proposal was to create a rail behemoth with operations in 60 countries and annual turnover of 15.6 billion euros ($17.8 billion).

Alone, CRRC’s annual revenues of 26 billion euros outweigh the 3 Western heavyweights Bombardier, Siemens and Alstom, each of which brings in around 8 billion a year. – Rappler.com