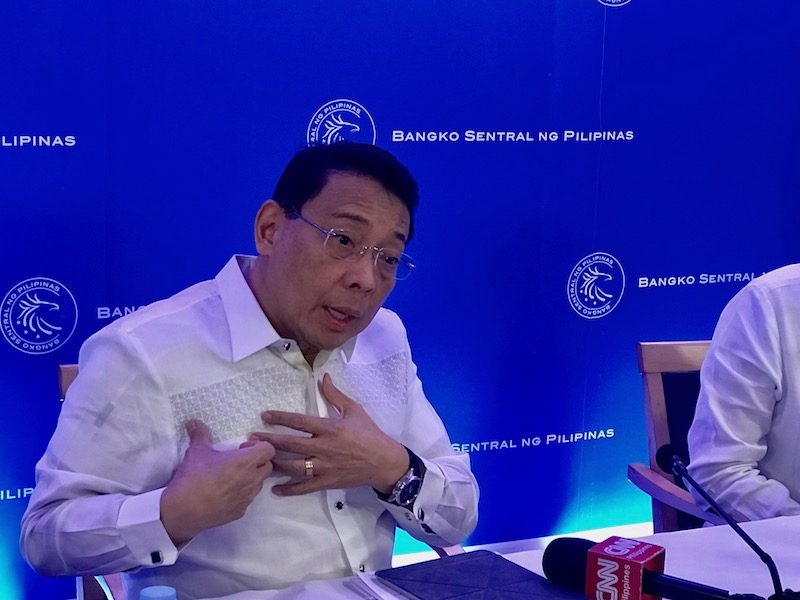 In a press briefing on Thursday, February 7, the central bank said it expects inflation to settle within 2% to 4% for 2019 and 2020, amid international crude oil prices declining and supply conditions of key food items returning to normal.

Due to the current and projected market conditions and a “more manageable inflation environment,” the BSP Monetary Board also decided to keep policy rates steady.

The overnight reverse repurchase facility was unchanged at 4.75%. Interest rates on the overnight lending and deposit facilities were held steady at 5.25% and 4.25%, respectively.

Guinigundo did not tackle the possibility of cutting the reserve requirement ratio (RRR) or the minimum amount of reserves that banks must hold on to rather than lend or invest.

Cutting the RRR adds liquidity to the financial system.