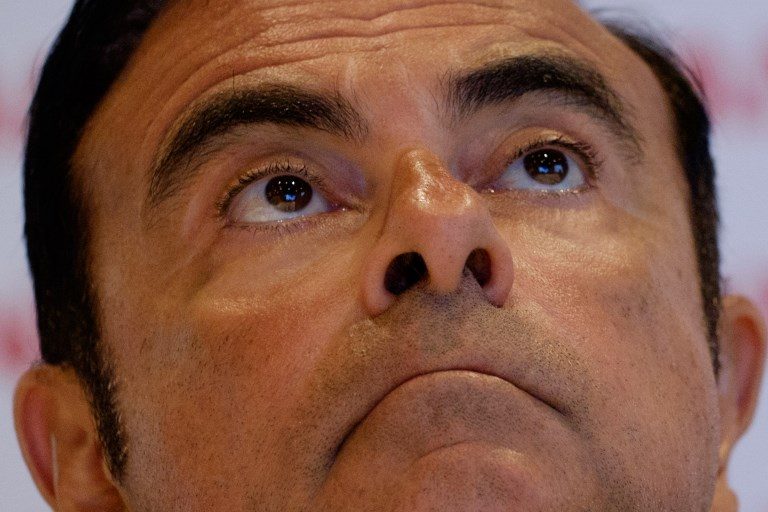 PARIS, France – French carmaker Renault said Thursday, February 7, that it would inform investigators about a transaction it uncovered involving its former boss Carlos Ghosn and the Palace of Versailles, where the auto executive held an extravagant wedding in 2016.

Ghosn’s tenure as CEO has come under the microscope since his arrest last November in Japan on charges he under-reported millions of dollars in pay as head of Nissan, Renault’s alliance partner.

His subsequent indictment on 3 charges of financial misconduct has led to renewed scrutiny of his management and lifestyle at both companies while he sits in a Tokyo jail awaiting trial.

Ghosn and his new wife Carole threw a Marie Antoinette-themed dinner and party at the former royal residence complete with entertainers in period costumes.

“We wanted it to feel as if we were inviting guests into our home – nothing too studied,” Carole Ghosn told Town & Country magazine a few months later when it published photos of the wedding.

According to a report in the Figaro newspaper, the operators of the palace waived the usual fee of 50,000 euros ($57,000) fee for the reception at the 17th-century Grand Trianon complex.

It said the arrangement was made as part of a sponsorship deal between Versailles and Renault.

The company confirmed Thursday that internal audits “identified that a contribution of 50,000 euros, under a sponsorship agreement signed with the Chateau de Versailles, was allocated to Mr. Ghosn’s personal benefit.”

“Renault has decided to bring these facts to the attention of the judicial authorities,” it added.

Ghosn’s arrest and continued detention marks a stunning fall from grace for an executive widely credited with forging the Renault and Nissan alliance into the world’s top-selling automotive group.

The 64-year-old Franco-Brazilian-Lebanese executive has angrily denied the misconduct charges against him, which saw Nissan and the group’s other alliance partner Mitsubishi jettison him as chairman shortly after his arrest.

“I am accused of under-reporting income I never received! There is not one yen that I have received that was not reported,” Ghosn told Agence France-Presse in an interview at the Tokyo detention center where he is being held last week.

“Is it a trap? Is it a plot? It’s obvious: it’s a story of betrayal. There is no question about this,” he said.

So far Renault has said its internal investigations have found that his pay was in compliance with French law.

But facing the prospect of several more months behind bars before his trial opens, Ghosn last month relinquished his grip as CEO of Renault.

The affair has also exposed rifts between Renault and Nissan, which some analysts say was bristling at Ghosn’s efforts to bring the two automakers’ operations even closer together.

Much of the tension between the partners stems from a complex ownership structure that gives Renault 43% of Nissan, whereas Nissan owns just 15% stake in the French company – and no voting rights.

Adding to the complexity, the French state owns just over 15% of Renault, and government officials have said they are keeping a close eye on the alliance’s future.

“We are being vigilant to ensure the balances of the alliance are preserved,” French President Emmanuel Macron said last month. – Rappler.com