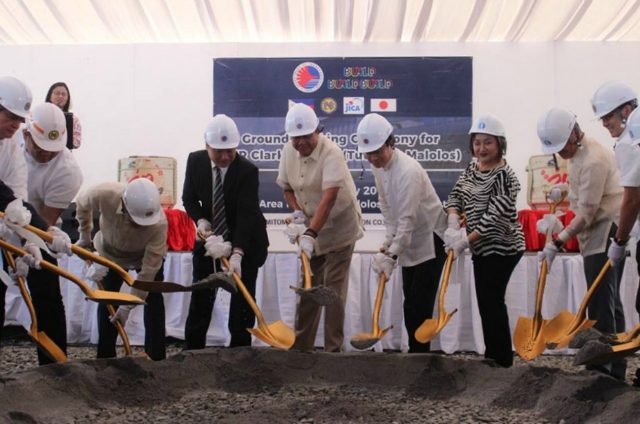 The 38-kilometer Tutuban-Malolos PNR is part of the railway project that will extend all the way to Clark International Airport in Pampanga, for the northern segment of the 109-kilometer North-South Commuter Railway (NSCR).

The project is expected to reduce travel time between Manila to Malolos from over one hour and 30 minutes to just 35 minutes once fully operational.

Tugade said the project will be done by 2021.

Batan said on Friday that 91% of the 38-kilometer long railway have already been cleared for the 30-meter width alignment. The railways undersecretary called this a “testament” to the effectiveness of pushing for advance works for projects like this.

“Utilizing Japanese technology and expertise from years of railway experience, the NSCR project will not only revive traditional railroads of the Philippine National Railways but also build state-of-the-art rapid transit system at par with global standards. Solving the perennial traffic woes and improving productivity is just raround the corner,” Haneda said.

There will be 10 stations for the project: Tutuban, Solis, Caloocan, Valenzuela, Meycauayan, Marilao, Bocaue, Balagtas, Guiguinto, and Malolos.

The $2.37-billion loan from Japan for the PNR Clark 1 deal was signed in November 2015. The detailed engineering design was approved August 2017.

For the rest of the NSCR project, the governments of Philippines and Japan signed an P80.47-billion loan agreement in January, to connect Clark to Calamba, Laguna.

The planned PNR system will be connected to the existing railway lines – Light Rail Transit (LRT) lines 1 and 2, the MRT3, and the upcoming Metro Manila Subway.

The Department of Transportation expects to have a ridership of 340,000 pasengers a day when the NSCR partially operates in 2022. By 2023, DOTr expects a ridership of 550,000 passengers when it becomes fully operational. – Rappler.com