Facebook Twitter Copy URL
Copied
(UPDATED) Travel time from C3 Road to the North Luzon Expressway will be cut to only 10 minutes, says the Department of Public Works and Highways

The DPWH announced the change of schedule in a statement on Monday, February 25.

The NLEX Harbor Link Segment 10 is a 5.65-kilometer elevated expressway that traverses the cities of Valenzuela, Malabon, and Caloocan. It also connects the Port Area in Manila to northern provinces via the NLEX, cutting travel time.

“The NLEX Harbor Link Segment 10 will be a traffic game changer since this will drastically cut travel time from Caloocan to NLEX from one hour to only 10 minutes,” Villar said.

“Once opened, around 30,000 vehicles will benefit from this new road,” he added. 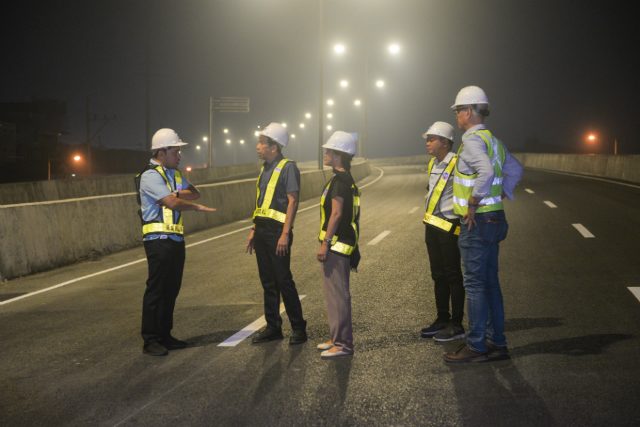 The next phase of the project, a 2.6-kilometer road that will connect C3 Road in Caloocan City to R10 in Navotas City, will be completed by year-end, Villar said.