Feb 25, 2019 2:25 PM PHT
Ralf Rivas
Facebook Twitter Copy URL
Copied
The Department of Energy asks the public to be conscious of energy and fuel usage amid climbing oil prices in the world market 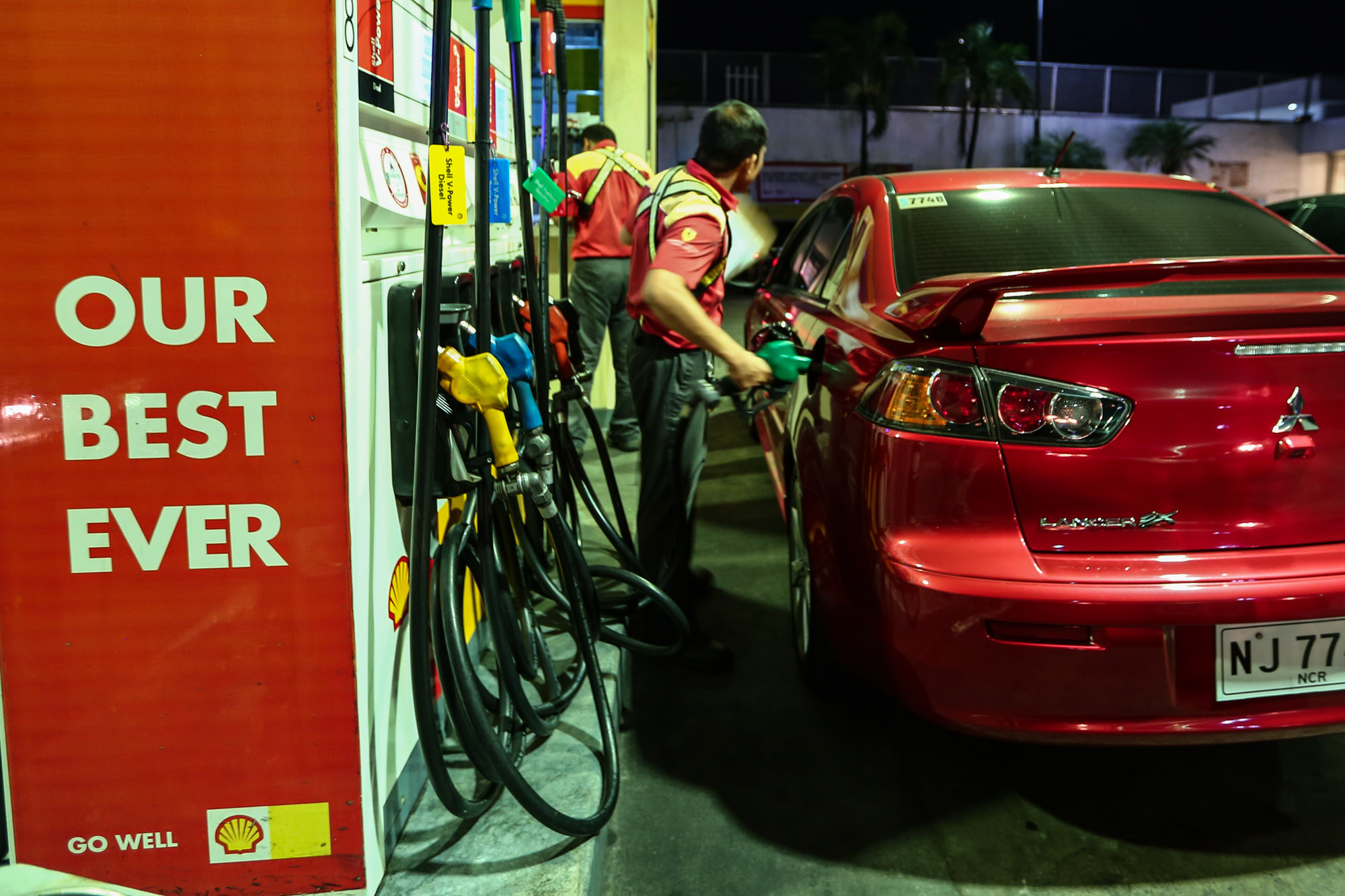 MANILA, Philippines – Pump prices will increase for the 3rd consecutive week on Tuesday, February 26, amid the upward movement of oil prices in the world market.

Petro Gazz and Caltex announced an increase of P1.45 per liter for both gasoline and diesel.

Companies carrying kerosene will be hiking its price by P1.35 per liter.

Caltex will implement the new rates at 12:01 am, while Petro Gazz will hike prices at 6 am.

Other companies are expected to follow the same rates.

So far, oil companies have already increased prices 6 times this year, while only implementing a single rollback.

Net price movements including the additional excise tax from the Tax Reform for Acceleration and Inclusion law stand at P6.49 per liter for gasoline, P5.89 per liter for diesel, and P4.52 per liter for kerosene.

Data from the Department of Energy (DOE) showed common gasoline prices in Metro Manila are between P49 and P53, while diesel prices hover somewhere between P41 and P45.

The DOE explained that there was a surplus in oil production in 2018 due to the anticipated United States-led economic sanctions on Iran, which led to oil-producing countries ramping up production for an expected shortage.

However, the sanctions were not imposed, causing excess supply in the market and leading to lower prices during the last quarter of 2018.

To correct the surplus, oil-producing countries have agreed to cut back on production, contributing to the climb in prices. Political events in Venezuela also caused an uptick.

The DOE appealed to the public to be prudent in the use of energy.

“We are imploring the public to be conscious of their energy and fuel usage, especially during these times, as world oil prices are steadily climbing to high levels due to economic and geopolitical factors which we are bound to experience as an oil-importing country,” Energy Secretary Alfonso Cusi said. – Rappler.com