Feb 25, 2019 5:45 PM PHT
Rappler.com
Facebook Twitter Copy URL
Copied
The government and the private sector are hitting two birds in one stone in the promotion of micro-insurance: disaster-preparedness and financial inclusion 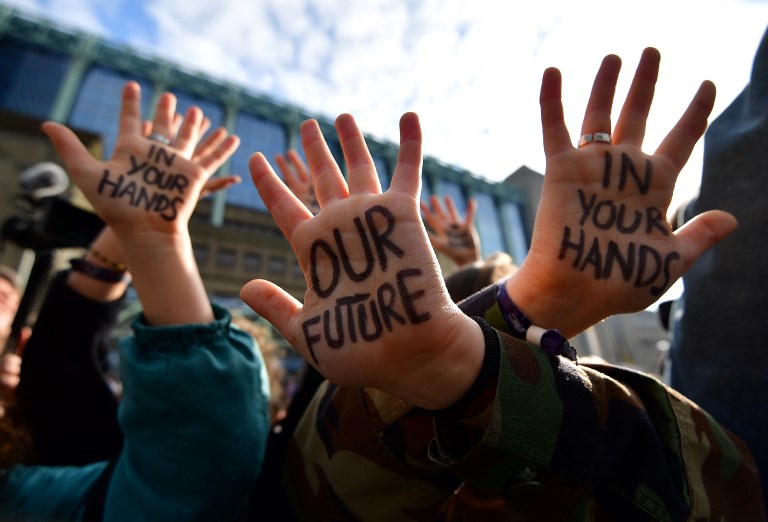 MANILA, Philippines – It’s a common knowledge by now that the Philippines is one of the countries most vulnerable to the effects of climate change.

The World Bank Group reported that around 22 million Filipinos are living below the poverty line as of 2015. Another recent study by Harvard Humanitarian Initiative  DisasterNet Philippines reported that most Filipinos are also unprepared for disasters.

Yet while there are a number of policies meant to address climate change and natural disasters, the Philippines still count billions of pesos in damage every time a typhoon hits. (READ: Climate change: Why PH should care)

At risk of being heavily hit by effects of climate change are low-income households as well as micro-, small-, and medium-sized enterprises (MSMEs), which make up majority of businesses in the Philippines.

“Extreme weather events such as typhoons, floods, or droughts that occur in longer cycles (e.g. 1 in 50 years) are becoming frequent due to the effects of climate change,” GIZ told Rappler in an email.

“These climate and weather-related phenomena could put to risk MSMEs which contribute 35% of the Philippines’ gross domestic product.”

While there are a lot of ways to be more resilient to climate change, both the government and the private sector are encouraging Filipinos to also avail of micro-insurance. (READ: Climate-vulnerable LGUs urged to implement resiliency program)

Earlier in February, the Philippines and Germany, through GIZ, renewed its partnership to develop a Microinsurance Disaster Risk Insurance (MicroDRI) for poor households and MSMEs.

To make the insurance financially sustainable, the product has to be available nationwide, the agency noted.

To cover all MSMEs, GIZ said that an “insurance premium worth P604,758,280 is needed if all of 828,436 microenterprises in the Philippines were insured against climate and disaster- related risks through the MicroDRI product.”

This product is sold by AXA Philippines and its non-life subsidiary Charter Ping An Insurance Corporation, which AXA owns and operates.

In a BusinessWorld report, GIZ had partnered with these two firms as well as Cebuana Lhuillier Insurance Solutions and the Department of Trade and Industry in 2018 to develop the product.

Under the said partnership, Cebuan Lhuillier will act as the distributor of the product.

For this year, the Philippine-German project on developing microinsurance has been expanded further.

GIZ in a separate statement said it would be working with several government agencies and as well as the private sector to develop policy and regulatory reforms, business models, digital tools, as well as the market for climate risk insurance.

Among the government agencies taking part in this project are the Department of Finance, Insurance Commission, Climate Change Commission, National Disaster Risk Reduction and Management Council, Department of Science and Technology, and National Anti-Poverty Commission; and for industry, the Philippine Insurers and Reinsurers Association. – Rappler.com