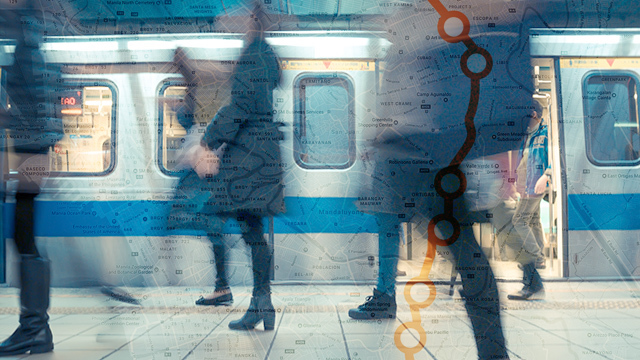 MANILA, Philippines – The planned Metro Manila Subway is expected to boost real estate prices in Quezon City, with both the private sector and the government to benefit, according to Colliers International Philippines.

In a statement last Tuesday, February 26, the real estate services firm said values of both land and properties are seen to increase in the near to medium term.

This is credited to Metro Manila’s growing potential for economic expansion as a result of the government’s major infrastructure projects in the next 3 to 7 years, one of these being the Metro Manila Subway.

“The implementation of the P350-billion subway should help provide access to properties that could be redeveloped into mixed commercial, residential, hotel, and institutional projects,” Colliers said.

The firm recommended that developers take advantage of the subway’s location by already setting up their own infrastructure around the stations or partnering with other property firms or the government for mixed-use developments.

Partnerships with the public sector are highly recommended for developers due to the lack of developable land within Metro Manila.

This is likewise true for the government, as it could provide additional revenues to fund the Build, Build, Build program of the Duterte administration.

“[This will spur] more business activities in the newly-established business districts, which should eventually generate more jobs and tax revenues,” Collier said.

The Department of Transportation led the groundbreaking of the subway’s first 3 stations – Mindanao Avenue-Quirino Highway, Tandang Sora, and North Avenue – on Wednesday, February 27.

Seven out of the subway’s 15 stations will be in Quezon City. The subway will begin at Mindanao Avenue-Quirino Highway in Quezon City and end at the Ninoy Aquino International Airport in Pasay City.

The rising prices of land and properties are expected to extend to up to a kilometer from these stations.

Colliers projected that the North Avenue area will be well-suited for townships due to its proximity to train stations.

“[North Avenue] is also a practical choice for hotel projects as we see it capturing demand from northern Metro Manila and nearby provinces such as Bulacan,” Colliers added.

The areas near the Mindanao Avenue-Quirino Highway and Tandang Sora stations may also host residential developments to complement the offices already situated in North Avenue.

Meanwhile, low- to mid-rise residential condominiums and “shophouse retail projects” are seen to rise in the Anonas area. This is expected to entice both middle class and upper middle class families.

The areas surrounding the East Avenue and Quezon Avenue stations, on the other hand, are expected to host non-residential developments such as schools and hospitals for the former, and other commercial activities for the latter, similar to North Avenue.

But so far, Colliers said it does not see much potential for redevelopment in the Katipunan area “due to limited developable land.” – Rappler.com