Aside from ANA, PAL not getting other foreign investors yet 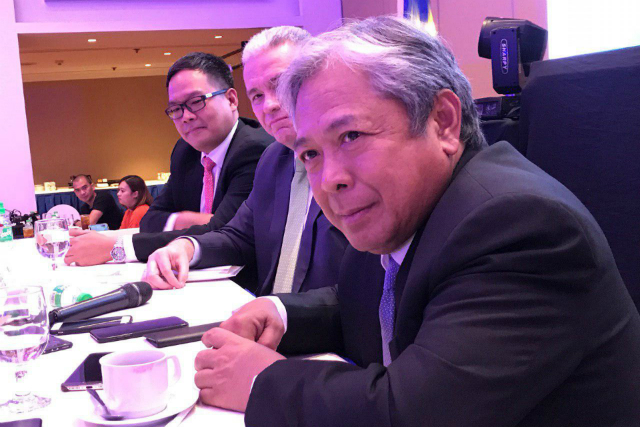 MANILA, Philippines – After Japan’s biggest airline All Nippon Airways (ANA) invests in Philippine Airlines (PAL), the flag carrier said it will not be getting any other foreign investors just yet.

“We don’t have plans of getting more foreign investors at this time,” PAL president and chief executive officer Jaime Bautista said in a media interview on Wednesday, February 27.

Bautista said they are not closing their doors completely, but PAL’s deal with ANA is an exclusive one.

“We can entertain them. But our agreement with ANA Holdings is that we can’t entertain a competitor,” he said.

Bautista said talks with the Japanese investor are still ongoing.

“We have to agree on a valuation. We’re not rushing. We expect the sale agreement to be done by next week maybe,” he said.

The PAL president added that the discussions include the renewal of their code share agreement and frequent flyer programs.

With ANA’s investment, Bautista said more flights will be mounted to Japan within the year.

The acquisition will end PAL’s years-long search for a foreign investor, as it seeks to obtain a 5-star rating from London-based Skytrax. At the moment, it is the Philippines’ first and only 4-star airline. (READ: PAL offers one-way fares as low as P78 on March 1) – Rappler.com