9 reasons why the Philippines is ripe for business in 2019

Feb 27, 2019 8:30 PM PHT
Ralf Rivas
Facebook Twitter Copy URL
Copied
After missing their growth targets in 2018, the country's economic managers are upbeat that the economy will be better this time around 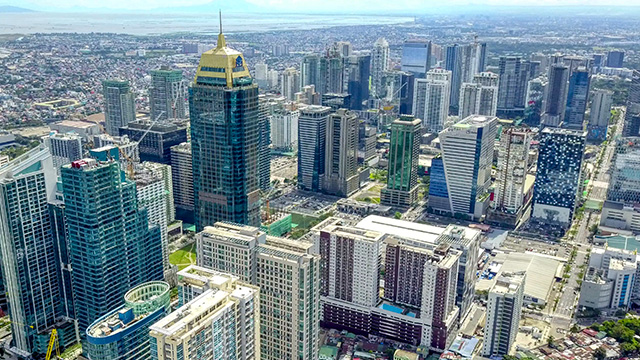 MANILA, Philippines – The Philippine government’s economic managers missed their growth targets in 2018. This year, they are confident that they can do better.

The country’s top economic experts are banking on legislative developments and several external conditions to spark growth and a better environment for doing business.

Finance Secretary Carlos Dominguez III recently told the business community in Japan that the Philippine economy’s resilience has been tested and proven strong.

He also highlighted that while the government missed its 7% to 8% growth target in 2018, the country’s economy has been growing at an average of 6.5% in the first 10 quarters of the Duterte administration.

Dominguez went on to highlight 6 factors why investors should bank on the Philippines:

Investments-led growth. Dominguez said foreign direct investments reached an unprecedented $10 billion in 2017 and $9.1 billion in the first 11 months of 2018.

He said this indicates that the country’s growth story is shifting from consumption to investments-led growth.

Investments in infrastructure. The finance chief said the infrastructure push and human capital development are complemented by prudent fiscal management.

Some of the big-ticket projects have broken ground, with the Metro Manila Subway being the most recent. Majority, however, are still under discussion.

Note as well that the government breached its spending cap, with the budget deficit reaching 3.2% or 2 percentage points higher than the target in 2018.

A comprehensive tax reform program. Dominguez said the Tax Reform for Acceleration and Inclusion law helped fund the infrastructure program and yielded benefits for Filipinos in the form of increased spending power, as indicated by the robust growth in sales and high profit margins of publicly listed retail giants and real estate companies in 2018.

The economic team is pushing for the second package of tax reforms which deals with corporate taxation and rationalization of fiscal incentives. It has yet to hurdle Congress amid fears of it causing massive job losses and some legislators possibly concerned it could hurt their reelection bids in 2019.

Expenditure posting its fastest rate of expansion. Dominguez said spending in 2018 was 21% higher than the 2017 level. The expenditure effort in 2018 reached 19.6%, the highest achieved in the past 28 years.

Legislative reforms. Dominguez highlighted the passage of the Ease of Doing Business Act, and the partial removal of foreign investment restrictions under the Foreign Investments Negative List.

“In a word, the Philippines aspires to become the most hospitable economy for business. We encourage both market transparency and respect for the sanctity of contracts. We aim, through prudent economic and monetary management, to provide improved certainty for enterprises,” Dominguez said.

Amendments to the Retail Trade Liberalization Act. The amendments aim to do away with barriers to foreign investments by easing equity and capitalization requirements to create a more favorable investment climate in the country.

“This should improve investments in the manufacturing sector, including small and medium-sized enterprises (SMEs),” said Pernia.

Bills for these amendments are pending at committee levels in Congress.

Pro-foreign investments measures. Pernia said the economic team is proposing to reduce the threshold for foreign investors investing $100,000 in SMEs from 50 to only 15 direct employees.

The amendments also include the omission of “practice of professions” from the coverage of the Foreign Investments Act.

Senate Bill No. 1754, which will amend Commonwealth Act No. 146 or the Public Service Act, is now pending on 2nd reading.

Easing inflation. Pernia highlighted the downtrend in inflation. From reaching an average of 5.2% in 2018, inflation in January 2019 eased to 4.4%.

“This would have a stimulus effect on the economy in terms of further growth, especially so that we expect more approved big-ticket infrastructure projects to be implemented this year,” he said. – Rappler.com