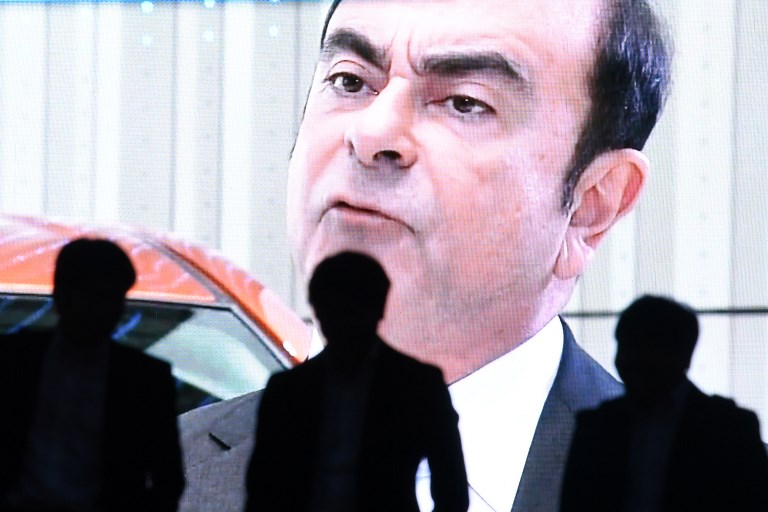 An appeal by prosecutors against the decision to grant Ghosn bail was thrown out late Tuesday, according to the Jiji news agency.

The 64-year-old Ghosn’s lead lawyer Junichiro Hironaka suggested to Japanese media he could be freed Wednesday, March 6, once his defense team has raised bail which was set at one billion yen ($9 million).

The former head of Nissan, Mitsubishi Motors and Renault faces 3 charges – two involving alleged under-reporting of his salary and a third over a complex scheme in which Ghosn allegedly sought to transfer his losses to Nissan’s books.

Further claims of financial misconduct have been levelled against him and prosecutors may yet slap him with additional allegations to keep him in detention.

Ghosn again insisted his innocence in a statement released early Wednesday, saying he would “strongly” defend himself against the “unfounded” charges.

“I am boundlessly grateful to my family and friends for backing me through this terrible ordeal,” he added in the statement released by his lawyers in Paris.

Under his bail terms, Ghosn is banned from leaving Japan and must adhere to conditions aimed at preventing him from fleeing or destroying evidence.

The shock decision came a day after Hironaka, who Ghosn hired just last month in a shake-up of his defense team, told reporters he had filed a “convincing” application for bail that contained fresh elements.

Hironaka, who has a reputation for securing acquittals for high-profile clients in a country where almost all court cases end in conviction, offered greater surveillance of Ghosn and a limit on his electronic communications.

The court has previously said Ghosn’s continued detention was justified because he posed a flight risk and could seek to tamper with evidence. It had already rejected two official bail bids and other attempts to win freedom.

However, his prolonged stay behind bars has come under fire internationally and from rights groups.

Speaking to Agence France-Presse and French daily Les Echos in January – his only interview with foreign media so far – Ghosn himself said that his continued detention “would not be normal in any other democracy.”

“Why am I being punished before being found guilty?” Ghosn asked.

Under Japanese law, prosecutors can hold a suspect for up to 22 days while they investigate an allegation, and then can apply for repeated one-month stretches of pre-trial detention for each charge eventually levelled.

That means prosecutors could effectively prevent Ghosn from leaving detention despite Tuesday’s bail decision if they level new allegations against him, restarting the 22-day detention clock.

In a shake-up of his legal team last month, Ghosn replaced a former prosecutor known as “the breaker” with Hironaka, who has earned the nickname “the acquitter” for his court record and the “razor” for his mental sharpness.

Speaking to reporters on Monday, March 4, Hironaka had vowed a “completely new legal strategy” to obtain his client’s release.

“I think the content of the lawyer’s application changed the situation,” said Japanese lawyer Nobuo Gohara.

Nissan declined to comment on the bail decision, saying it was a matter for courts and prosecutors.

However, it said that an internal probe had “uncovered substantial evidence of blatantly unethical conduct” and that “further discoveries related to Ghosn’s misconduct continue to emerge.”

“The company’s focus is firmly on addressing weaknesses in governance that failed to prevent this misconduct,” it added in a statement.

A towering figure once revered in Japan for turning around Nissan’s fortunes, Ghosn also forged a successful alliance between Nissan, Mitsubishi Motors and France’s Renault.

But his attempts to deepen the alliance caused resentment in some quarters, and Ghosn has claimed the allegations against him are part of a “plot” by opponents of greater integration between the 3 firms.

Given the number of people involved in the complex case and their wide geographical spread, Hironaka said the case would run over a “very long time span.”

However, he said prosecutors had begun handing over some of their evidence prior to a potential trial.

Ghosn’s family lawyer told French LCI television that his release would end a “cruel and brutal” time in custody for the Franco-Lebanese-Brazilian executive. – Rappler.com