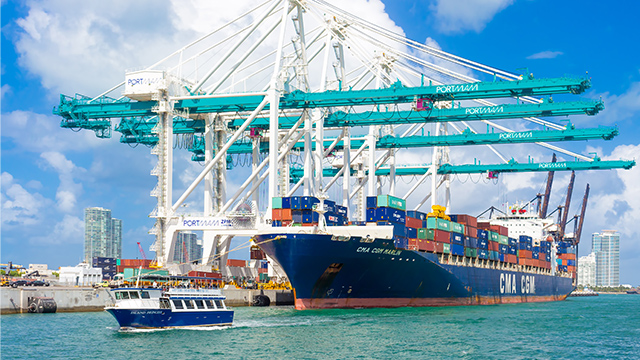 America’s trade deficit with the world jumped 12.5% to $621 billion, the Commerce Department reported, as both imports and exports rose to the highest levels ever. The deficit in 2017 was $552.3 billion.

And the trade gaps with China, Mexico and the European Union all jumped to all-time highs even after Washington slapped tariffs on hundreds of billions in imports from its largest trading partners.

In December, the overall US trade deficit also vaulted past expectations, surging 18.8% and likely weighing on an economy which already was slowing at the close of the year.

For a president who describes imbalanced trade as a defeat for the world’s largest economy, the new records marked a stunning but foreseeable reversal for Trump’s signature policy.

Solid growth, low unemployment and consumers’ thirst for foreign products drove imports of goods and services up 7.5% to a record $3.1 trillion in 2018.

American exports of goods and services also rose, but not enough to chip away at the imbalance. Exports increased 6.3% to $2.5 trillion last year, also their highest levels ever.

But soybean exports, a crucial crop across vast expanses of the country, fell 18% for the year to $18.2 billion, amid a Chinese boycott sparked by Trump’s trade war.

American purchases of foreign autos, computers and machinery, and consumer goods as well as foods and animal feeds were the highest ever.

While Washington and Beijing have exchanged punitive tariffs on more than $360 billion in two-way trade, the US deficit with China expanded to an even larger $419.2 billion, a new record.

Trump in recent weeks has signaled the US is closing in on a resolution to his year-long trade battle with Beijing but details remain scarce.

The deficit with the European Union also rose to a record $169.3 billion, while the gap with Mexico hit a high of $81.5 billion.

The United States recorded surpluses with the United Kingdom and the regions of South and Central America.

The OECD on Wednesday cut its global growth forecast for 2019 by two tenths to 3.3%, citing trade tensions and political uncertainty. – Rappler.com