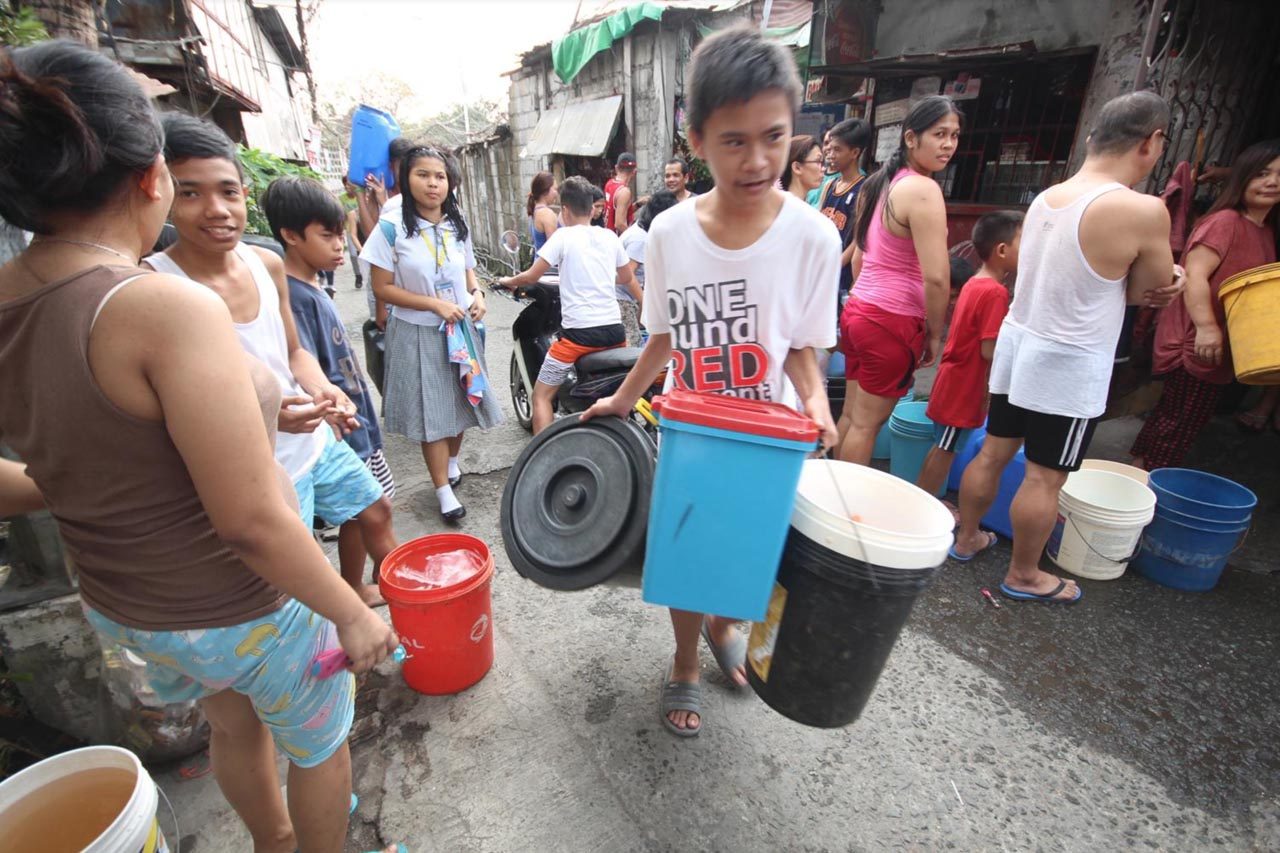 MANILA, Philippines – Embattled Manila Water rejected speculations and “conspiracy theories” that the lack of water supply in parts of Metro Manila and Rizal was orchestrated to push for the construction of the China-funded Kaliwa Dam or push for another rate hike.

Manila Water communications manager Dittie Galang told Rappler on Thursday, March 14, that the company would never involve itself in such political maneuvers.

“We never wanted to compromise the level of service that our customers have been experiencing since Manila Water got the East Zone of Metro Manila in 1997,” Galang said.

She also explained that the company already proposed projects to improve services and possible water sources as early as 2010, in anticipation of the looming demand growth.

To purposely cut off supply to push for projects, Galang said, would only tarnish the “world-class” track record and the overall business of Manila Water. (READ:  EXPLAINER: What caused Manila Water’s service problems?)

She also said that the Kaliwa Dam project is spearheaded by the Metropolitan Waterworks and Sewerage System. Concessionaires, at most, would only shoulder a small portion of the expenses.

Galang added that the project was planned decades ago, but did not push through due to several failed bids in the past. Manila Water had nothing to do with it, she said.

Rumors surfaced early on that the water shortage may have been deliberate, especially when experts pointed out that the water level in the Angat Dam was enough to supply the needs of consumers.

Malacañang has yet to make any conclusion about the issue. The House of Representatives will hold a hearing on the matter on Monday, March 18, while the Senate will have its own inquiry on Tuesday, March 19.

The Kaliwa Dam project costs P12.2 billion, according to the list of the National Economic and Development Authority.

It is expected to add some 600 million liters of water per day to support the growing needs of Metro Manila. – Rappler.com