BOI-approved investments in Q1 up by 60% 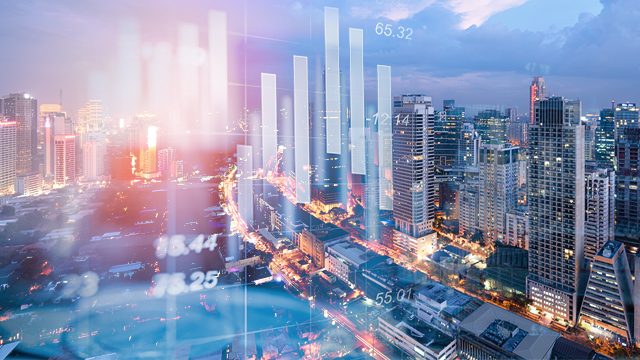 Facebook Twitter Copy URL
Copied
After hitting a minor bump during the first two months, Trade Secretary Ramon Lopez says the Board of Investments is on track to hit the P1 trillion target for 2019

MANILA, Philippines – Despite the drop midway in pledges, the Board of Investments (BOI) ended the first quarter of 2019 with a 60% year-on-year increase in approved investments.

From January to March this year, overall investment pledges reached P243 billion, higher than the first quarter of 2018’s P152.1 billion. Domestic pledges took the bulk of the investments with P212.2 billion, which is 40% higher from a year ago

The slip happened despite the rise in foreign investments, posting a higher rate of increase from P792.8 million in the first quarter of 2018 to P30.8 billion this year.

Bulk of foreign investments came from the Netherlands, which contributed some P9.1 billion, followed by Thailand and Japan with P8.4 billion and P5.3 billion, respectively. The US came in fourth with P2.2 billion in pledges.

Trade Secretary and BOI Chairman Ramon Lopez said with domestic investments showing the way they are confident of sustaining the momentum generated from last year, when the BOI had reached P915 billion in approved investments.

“We expect the growth to continue for the rest of the year as we aim to approve at least P 1 trillion in total investments,” he added.

In the first 3 months of this year, projects in the electricity and power sector had contributed the most investment pledges at P148 billion. This sector has been the top source of pledges since January.

Before approving any energy-related projects, BOI Managing Head Ceferino Rodolfo in a statement said that it has to go through a strict evaluation process.

“Aside from technical and financial assessment and demand gap evaluation, we require positive official endorsement by the Departments of Energy and of the Environment and Natural Resources,” he added.

“We also require the proponents to commit to emission standards which are very much stricter than local and international requirements. Failure to meet these commitments would mean forfeiture of incentives.”

Aside from the power sector, the two other biggest sources of investment pledges are the manufacturing sector, which received P43 billion, and information and communications technology’s P33.2 billion.

Notable projects from these two sectors are:

Aside from these investment pledges, the BOI said that Robinsons Land Corporation’s “tourist accommodation facility” valued at P2.3 billion in Lapu-Lapu City, Cebu also made it into first quarter investment pledges.