Fearing default on China loans? You have ‘no faith’ in PH – Dominguez 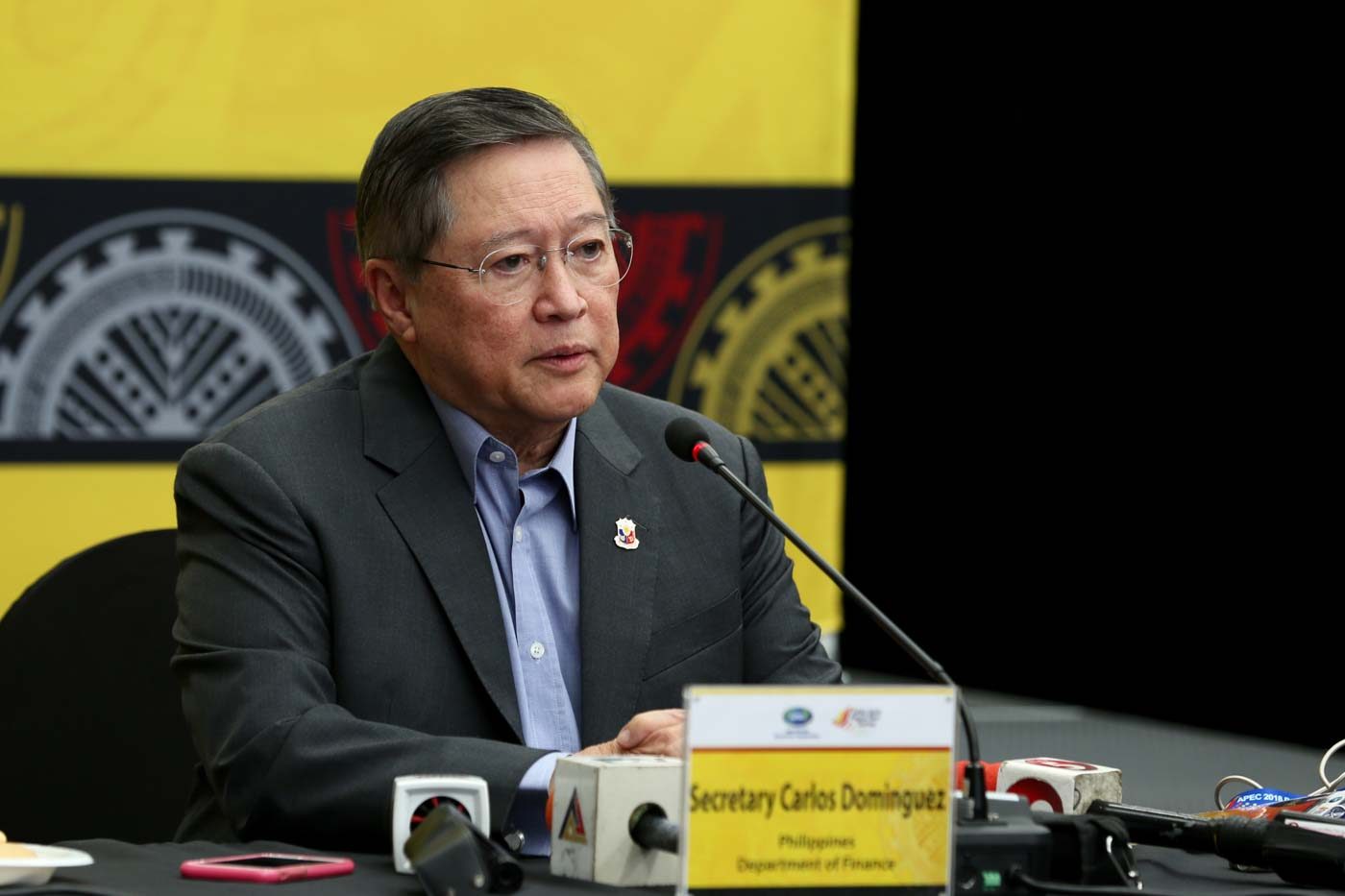 Facebook Twitter Copy URL
Copied
'The Philippines has no history of defaulting on its loans. So why are people saying now that we will default? They have no faith in the Philippines?' says Finance Secretary Carlos Dominguez III

MANILA, Philippines – Finance Secretary Carlos Dominguez III claimed that those who continue to raise the “false specter” of the Philippines falling into China’s debt trap have no faith in their own country.

In a statement on Tuesday, April 2, Dominguez said the government has never failed to pay its debts even during the worst of times.

He cited that the Philippines was able to pay off the $2.2-billion Bataan Nuclear Power Plant project of former president Ferdinand Marcos despite it turning out to be a “white elephant.”

The finance chief added that there is no collateral involved in the loans entered into with any country.

Of the 9 loan agreements made public by the Department of Finance, only contracts with China had waivers pertaining to sovereign immunity and patrimonial assets. (READ: Made in China: Loan terms with waivers, shrouded in secrecy)

Chinese contracts also have confidentiality clauses, but the Philippines was able to push for transparency.

As of 2018, the government’s project debt exposure was only 0.66% to China and 9% to Japan in relation to the total debt.

By 2022, when most of the financing for the Build, Build, Build program will have been accessed, the project debt to China will account for 4.5%, while that of Japan’s will be more than twice as large at 9.5% of the total debt. – Rappler.com