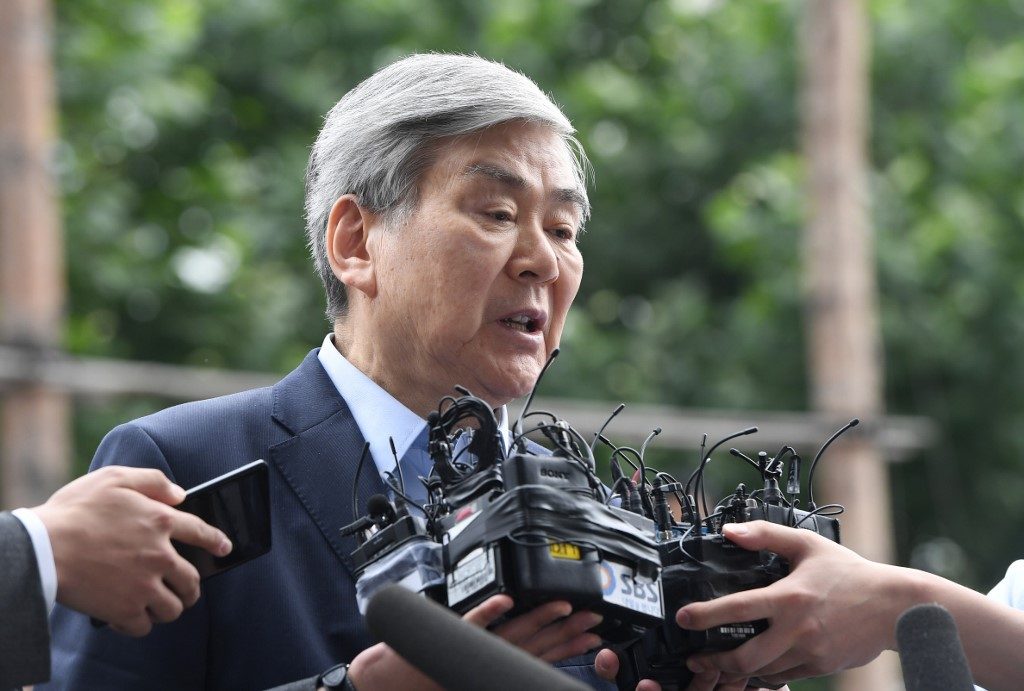 SEOUL, South Korea – The head of South Korea’s flag carrier Korean Air – whose family has been embroiled in multiple scandals including an infamous “nut rage” tantrum – has died, the airline said on Monday, April 8, sending its shares soaring.

Cho Yang-ho, 70, was on trial for corruption and his death comes less than two weeks after he was forced off the board by shareholders amid snowballing scandals surrounding his family members.

The company said Cho “died peacefully” in a Los Angeles hospital on Sunday, April 7, but did not provide details about his cause of death.

The tycoon was the chairman of the Hanjin Group – one of the sprawling family-led conglomerates known as “chaebol” that dominate the South Korean economy – and controlled around 30% of Korean Air through its parent company Hanjin KAL.

The company had said he would carry on playing a management role despite becoming the first controlling shareholder of a South Korean conglomerate to be kicked off the board when he failed to secure the required two-thirds majority to be re-elected.

Hanjin KAL shares leaped 24% at one point in morning trade in Seoul on Monday, while Korean Air Lines opened more than 6% higher and other affiliates also rose.

“The death appears to have helped erase the so-called CEO risks, which have plagued Hanjin group firms, as a series of controversies and misconducts by the owner family members have hurt corporate values,” Yonhap news agency quoted a brokerage analyst as saying.

Under Cho, Korean Air emerged as one of the world’s top airlines, flying to 124 cities in 44 countries, and he headed the bid committee that saw the South awarded the 2018 Winter Olympics.

But the Cho family has come under scrutiny in recent years after being embroiled in multiple criminal probes over charges including assault, embezzlement and smuggling luxury goods.

Cho was on trial for embezzling more than 20 billion won ($18 million) and unfairly awarding contracts to companies controlled by his family members.

His two daughters, who held management positions at Korean Air, previously became viral sensations for temper tantrums dubbed the “nut rage” and “water rage” scandals, forcing Cho to issue a public apology and remove them from their posts.

Cho Hyun-ah, the elder daughter, made global headlines in 2014 for kicking a cabin crew chief off a Korean Air plane after she was served macadamia nuts in a bag rather than a bowl.

Her younger sister Cho Hyun-min was accused last year of throwing a drink into an advertising agency manager’s face during a business meeting.

Cho’s wife Lee Myung-hee has been questioned by police several times in connection with allegations of assault against her employees including cursing, kicking, slapping and throwing a pair of scissors.

Cho himself received a suspended jail sentence for tax evasion in 2000. – Rappler.com