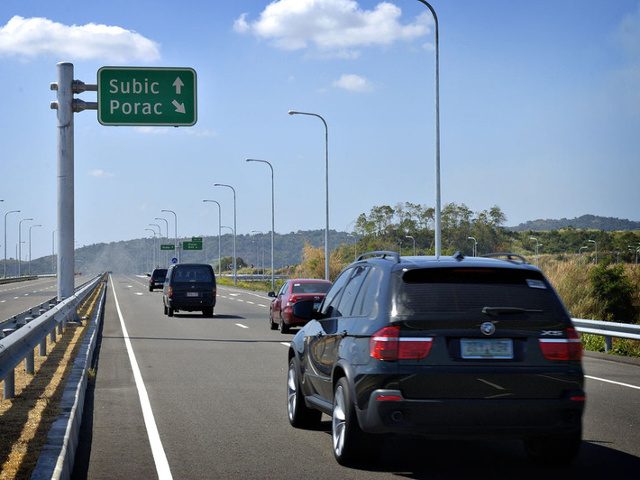 Facebook Twitter Copy URL
Copied
New toll rates for the Subic-Clark-Tarlac Expressway will go up by about 16% per kilometer, while the Muntinlupa-Cavite Expressway toll will increase by 1.9%

MANILA, Philippines – The Toll Regulatory Board (TRB) on Tuesday, April 9, said that the Subic-Clark-Tarlac Expressway (SCTEX) and Muntinlupa-Cavite Expressway (MCX) are set to hike rates within the second quarter of this year.

In a text message, TRB spokesman Alberto Suansing said that tollway operators have to publish the resolutions first. The petition was approved in separate resolutions in 2018, but the final decision went out late March.

“The TRB resolutions approving the MCEx and SCTEX petitions was received by them last week. However, they need to publish it in a newspaper of general circulation for 3 consecutive weeks. After that, TRB will issue a notice to start collection,” Suansing said.

In 2011, NLEX Corporation petitioned for a 16%-increase per kilometer for SCTEX.

The 94-kilometer toll road starts from Subic-Tipo Expressway in Bataan and ends at Tarlac City. When the new fare kicks in, toll for Class 1 vehicles can reach up to P346.84 or P347 when rounded off.

This is on top of the toll for the North Luzon Expressway, which has recently hiked rates too. (READ: NLEX toll hike starts March 20)

Meanwhile, Ayala Corporation, the operator of MCX, filed for a 1.9%-toll hike in 2016. MCX is a connector between Daang Hari in Muntinlupa and the South Luzon Expressway.