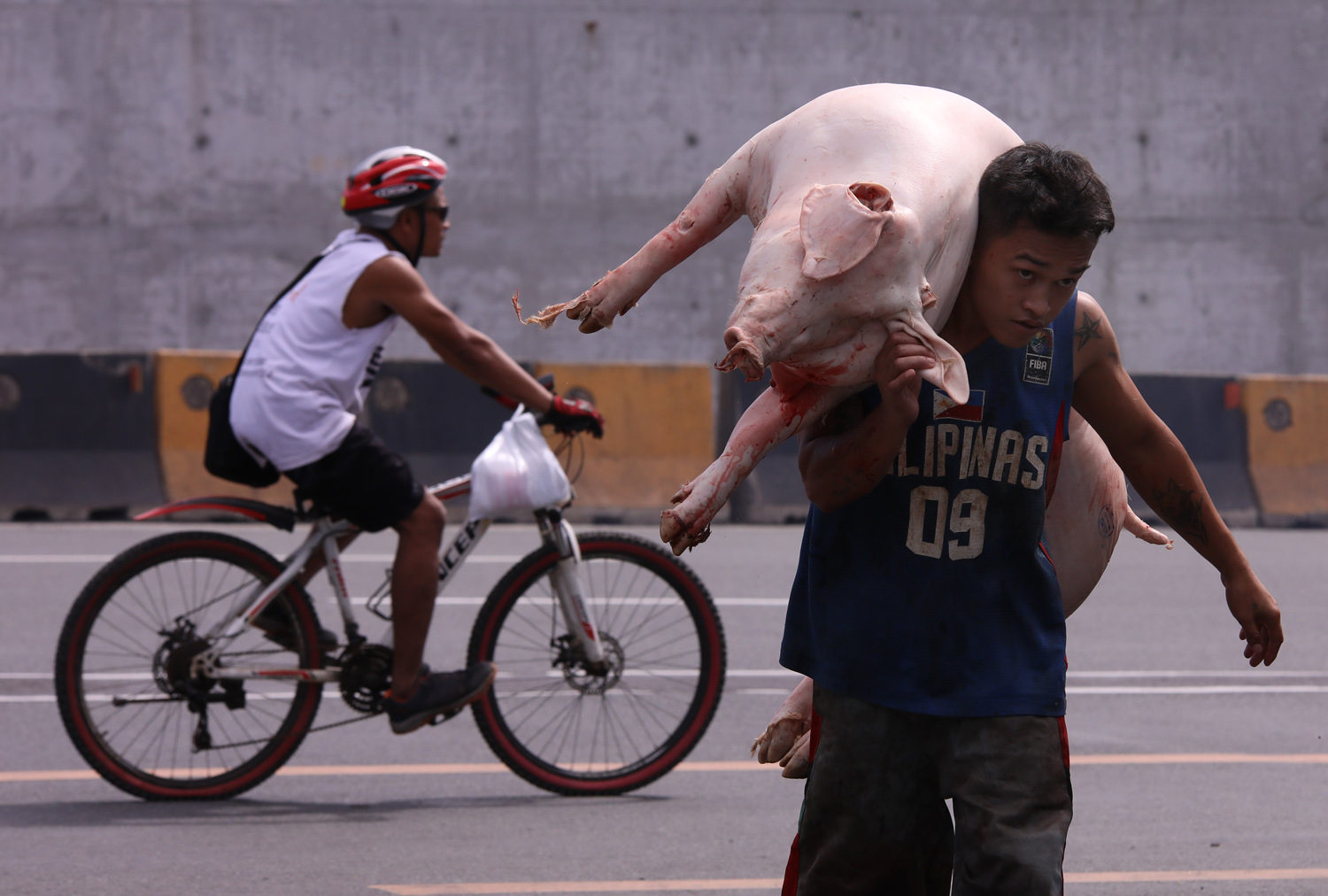 MANILA, Philippines (UPDATED) – The Philippines is looking into pork exports to China whose hog industry continues to reel from an African swine fever (ASF) crisis.

Agriculture Secretary Emmanuel Piñol made the statement on Thursday, May 2, two days after he met with Chinese Consul General Li Lin to discuss the matter.

He noted that millions of hogs, “including their breeders, the sows,” had been culled in China as part of efforts to control the diease.

“So kapag ginawa mo ‘yan (If you do that), it will take years [for the industry] to recover,” Piñol said.

Piñol will go to China with Li on May 16 to follow through with the country’s agreement to supply agricultural goods such as coconuts, pineapples, and durian to China.

The talks are also expected to touch on the possibility of exporting pork to China.

The agriculture chief also addressed concerns of the local hog industry over the alleged hog overimportation in the country amid the ASF threat, which can threaten the Philippines’ status as ASF-free.

He  that the government could not totally restrict livestock importation since this involved “a deregulated commodity.” (READ: Philippine pork safe, not affected by African swine fever – hog producers)

Piñol said that the DA was strictly enforcing its pork import ban, adding he had explained to governments of affected countries that the Philippines has to protect its hog industry as thousands of families depend on it.

He also pointed to improved local feed grains production, such as sorghum, to ease the production costs for livestock in the country.

“That’s why we looking at this problem not from a position where we offer temporary solutions but from institutionalized solutions,” he added.

Piñol also said that the export opportunity was seen to stablize local pork prices and may even encourage backyard raisers to also increase their production.

“The moment farmers feel that there is a market, they can produce more…. It’s not a question of if we’re capable of supplying it. If there’s a need, there’s demand,” he added. – Rappler.com