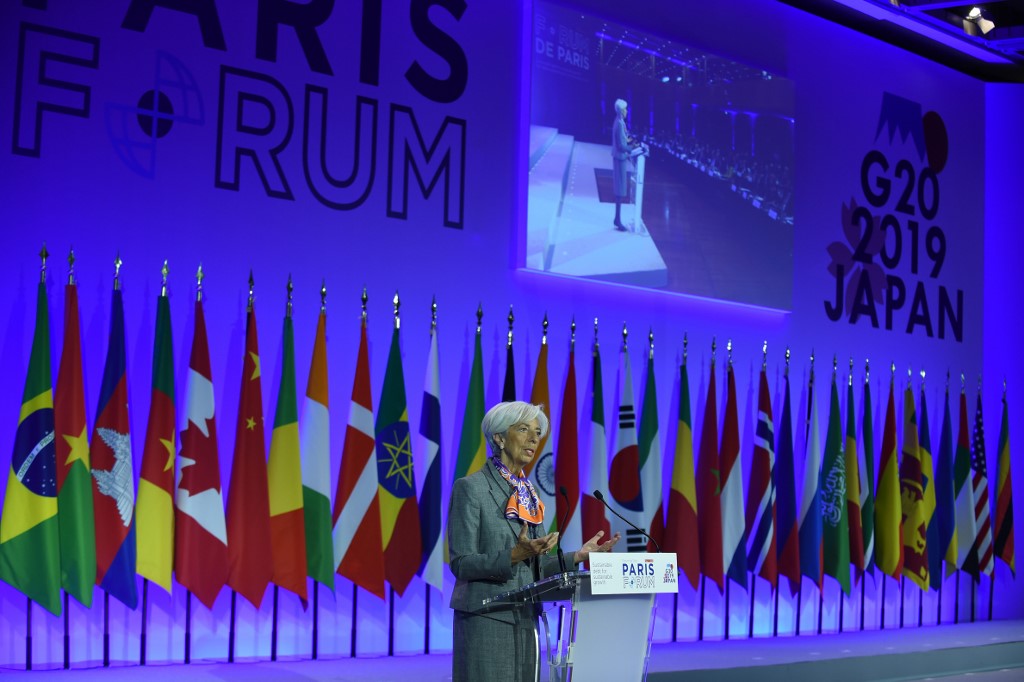 PARIS, France – The head of the International Monetary Fund (IMF) said Tuesday, May 7, that fresh trade tensions between the United States and China were the main threat to the world economy.

“Clearly the tensions between the United States and China are the threat for the world economy,” Christine Lagarde told journalists at a conference in Paris, adding that recent “rumors and tweets” made an agreement between the countries less likely.

US President Donald Trump jolted global markets on Monday, May 6, by threatening on Twitter that tariffs already imposed on $200 billion in Chinese exports to the US would more than double to 25% on Friday, May 10, from their current level of 10%.

<blockquote class=”twitter-tweet” data-conversation=”none” data-lang=”en”><p lang=”en” dir=”ltr”>….of additional goods sent to us by China remain untaxed, but will be shortly, at a rate of 25%. The Tariffs paid to the USA have had little impact on product cost, mostly borne by China. The Trade Deal with China continues, but too slowly, as they attempt to renegotiate. No!</p>&mdash; Donald J. Trump (@realDonaldTrump) <a href=”https://twitter.com/realDonaldTrump/status/1125069836088950784?ref_src=twsrc%5Etfw”>May 5, 2019</a></blockquote>
<script async src=”https://platform.twitter.com/widgets.js” charset=”utf-8″></script>

“We are looking very carefully at the current negotiations between China and the US. We want these negotiations to stick with principles of transparency and multilateralism,” he said, speaking in English.

He called on the two sides to “avoid decisions that would threaten and jeopardize world growth in the coming months.”

“Raising tariffs is always a deadlock and a negative decision for everybody – for the US, for China, for the eurozone, for Europe, and for growth all over the world,” he said.

Le Maire cautioned that during a period of slowdown in world growth there should not be “negative decisions that could accelerate that slowdown.”

China said Tuesday its top trade negotiator will visit the United States for talks with his American counterparts this week.

The countries have been locked in talks to resolve tensions that have seen both of them impose tariffs on goods worth $360 billion.

Treasury Secretary Steven Mnuchin has described the negotiations as 90% complete but told reporters that in recent days the talks went “substantially backward,” which he blamed on China reneging on previous commitments. – Rappler.com