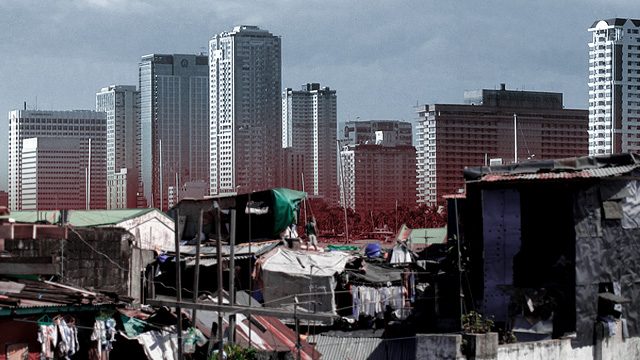 Facebook Twitter Copy URL
Copied
The Philippines rises 4 spots to 46th in the 2019 IMD World Competitiveness Ranking, but it is almost last in the Asia-Pacific region

MANILA, Philippines – The Philippines climbed 4 notches in the 2019 World Competitiveness Ranking of Swiss business school International Institute for Management Development (IMD), but was still outpaced by almost all of its regional peers.

The Philippines is now 46th out of 63 countries surveyed, an improvement from the 50th spot in 2018.

However, this slight improvement was not enough to overtake other countries in the Asia-Pacific.

The country only beat Mongolia, which was 62nd or almost last overall.

“Economists regard competitiveness as vital for the long-term health of a country’s economy as it empowers businesses to achieve sustainable growth, generate jobs and, ultimately, enhance the welfare of citizens,” IMD said. Philippine domestic economy (12th), tax policy (14th), and labor market (10th) were among the best in the world.

However, all other indicators such as basic infrastructure (61st), health and environment (56th), education (58th), scientific infrastructure (59th), business legislation (54th), and international trade (54th) showed that the Philippines has a lot of catching up to do.

IMD noted the following challenges in 2019 for the country:

In a statement, Malacañang said the slightly improved ranking shows “emerging investor confidence,” and indicates that the Philippines remains attractive for foreign businesses.

“There is every reason to look forward to a bright future for our country’s economy and our people,” said the Palace.

The IMD World Competitiveness Ranking, established in 1989, incorporates 235 indicators from each of the 63 surveyed countries.

It takes into account a wide range of “hard” statistics such as unemployment, gross domestic product, and government spending on health and education, as well as “soft” data from an executive opinion survey, covering topics such as social cohesion, globalization, and corruption. – Rappler.com