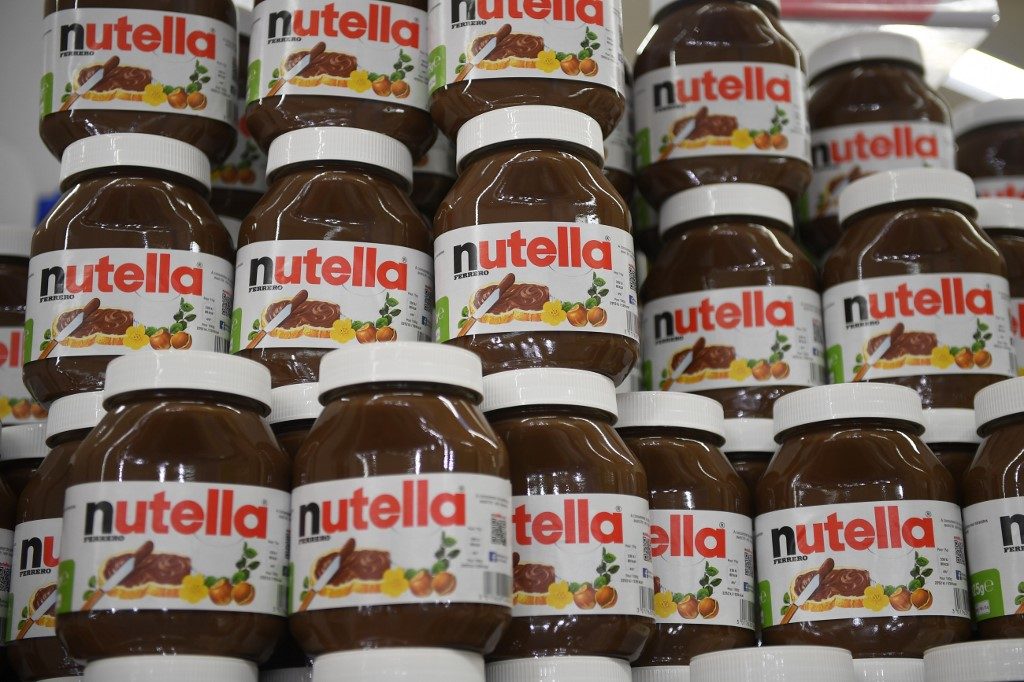 Facebook Twitter Copy URL
Copied
Some 160 employees have been on strike since May 27, says the Force Ouvriere union, as they call for a 4.5% pay rise and 900-euro bonus

ROUEN, France – A factory in northern France that makes a quarter of the world’s Nutella has been blockaded for a week by workers striking for more pay, causing key ingredients to run low, unions said Monday, June 3.

The stoppage has hit the Villers-Ecalles factory of privately-owned Italian confectionery giant Ferrero, which normally churns out 600,000 jars per day of the cocoa and hazelnut spread, making it the biggest Nutella producer in the world.

Some 160 employees have been on strike since May 27, said Fabrice Canchel of the Force Ouvriere (FO) union.

“No lorry has gone in or out of the site since then,” he said.

Production of Kinder Bueno, a snack produced by the same group, had also ceased for almost a week, Canchel said, while of the 4 Nutella production lines, just one was working and only at 20% capacity.

“The raw materials are starting to run short,” he said.

Ferrero, a family firm known for secrecy and which also produces Ferrero Rocher and Kinder Surprise, said the strikers were a minority among the 400-strong workforce at the plant.

“The priority of the management of the factory is to protect those staff who are not striking and who are the majority and want to continue to work in good conditions,” the management of Ferrero in France said in a statement to Agence France-Presse.

It accused the FO of rejecting 6 days of attempts at negotiation.

In an internal message seen by Agence France-Presse, management said the “blocking of access to the site is totally illegal,” and threatened to implement a judicial order to ensure access.

The official statement from management confirmed that the strikers had been notified that they risked heavy fines, starting Monday morning, if they failed to allow access to the factory.

According to the internal memo, these could amount to 1,000 euros per hour and per person for blocking access to the site.

“This is an unacceptable violation of the right to strike,” said Canchel.

Nutella production has faced challenges in recent years, partly due to poor hazelnut crops in Turkey, the world’s biggest exporter of the nut.

Such is the popularity of the spread in France that fistfights broke out in supermarkets in 2018 when a major retailer slashed prices for the product in a promotion.

A French minister caused uproar in 2015 after telling people not to eat the spread as it contributed to deforestation and climate change because it contained palm oil, which is produced in countries that are clearing forests for agricultural land.

Ferrero, which employs over 30,000 people, has seen its overall sales double over the last decade as it made ambitious acquisitions, reporting turnover of 10.7 billion euros in the last financial year.

The company, founded as a family business in 1946 and now the third largest company in the global chocolate confectionery market, has acquired several US brands and businesses since 2017.

In April, it announced the purchase of the biscuit and snack businesses of the American Kellogg Company for $1.3 billion (1.16 billion euros). – Rappler.com