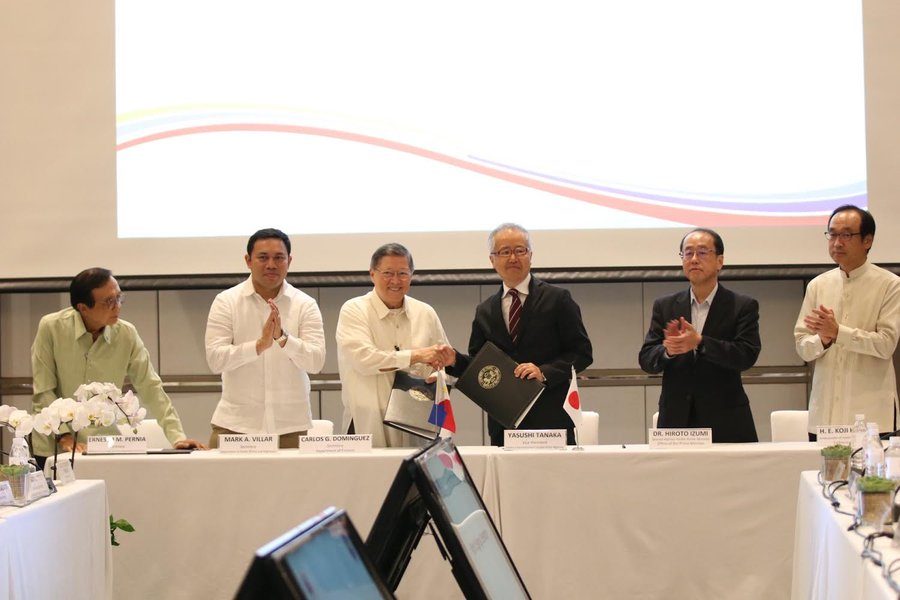 Facebook Twitter Copy URL
Copied
Among the roads to be reconstructed and improved are those damaged in war-torn Marawi City, where delays have plagued the rehabilitation

PAMPANGA, Philippines – The governments of the Philippines and Japan signed on Tuesday, June 18, a $202.04-million loan agreement for the road network of conflict-affected areas in Mindanao, including war-torn Marawi City.

Finance Secretary Carlos Dominguez III told reporters that the funds will be used for the “reconstruction, rehabilitation, and improvement” of a 176-kilometer road network that would link the Bangsamoro Autonomous Region in Muslim Mindanao to the trade centers of the island region.

Aside from the loan agreement, Dominguez said Japan affirmed “additional assistance” for the rehabilitation and reconstruction of Marawi City’s ground zero.

“As you know, the Japanese government is the largest donor or source of funds for our Marawi rehabilitation and they mentioned today if there is more needed, they are willing to provide the funds,” Dominguez said on Tuesday evening.

With the loan agreement signed, Public Works Secretary Mark Villar told reporters that the delayed rehabilitation of Marawi City will finally begin in 2019 with the master development plan. (READ: TIMELINE: The ‘liberation’ of Marawi)

“The presence of the full-blown feasibility study and the funding is a sign that the implementation of Marawi rehabilitation will be full blast by July this year,” Villar said.

The signed loan agreement covers parts of the critical components needed to be accomplished first in the 22-component rehabilitation plan:

Villar said that among the challenges faced by the government in the Marawi rehabilitation is the presence of unexploded improvised explosive devices. Debris cleaning is expected to be done by August 2019.

In May 2017, clashes erupted in Marawi City after the Philippine military hunted down “high-value targets” belonging to the Maute Group and the Abu Sayyaf Group. The city was officially liberated from terrorists months later, in October 2017.

The groundbreaking ceremony marking the start of the rehabilitation of Marawi City’s most devastated area was held a year later, in October 2018, after months of delay. (READ: Road to Marawi rehab: What caused months of delay?) – Rappler.com