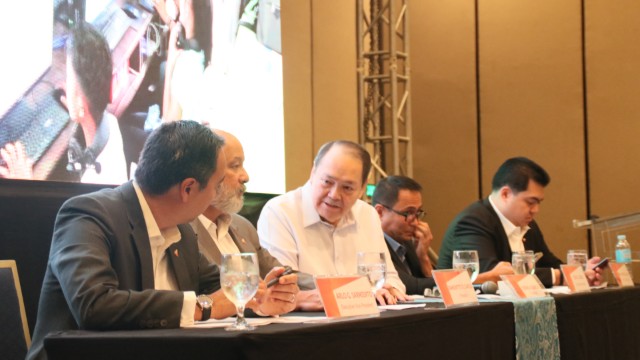 CEBU CITY, Philippines – Aside from energy, Cebu-based company Vivant Corporation will venture into water treatment engineering and transport infrastructure projects that would “help solve the water and traffic problems in Metro Cebu.”

“Our outlook for the business remains positive and we intend to play an active role in the many opportunities presented…,” Vivant executive vice president Arlo Sarmiento said during the company’s Annual Stockholders’ Meeting on Thursday, June 20.

Although Sarmiento described 2018 as “challenging,” he revealed that Vivant had the “highest income so far” since the company’s incorporation. It amounted to P1.7 billion, resulting in 15% return on equity (ROE).

ROE is a measure of profitability that calculates how many dollars of profit a company generates with each dollar of shareholders’ equity.

Mainly as a result of additional investments in joint ventures for its projects like the coal power plant in Toledo City, Cebu, Vivant’s assets also grew by 9% compared to 2017.

“What we’d like to do is to establish the sustainable businesses to address these problems and be part of the infrastructure upgrade of the Metro Cebu,” Sarmiento said.

In March and April 2019, the Buhisan and Jaclupan dams, both providing water for thousands of households in Metro Cebu, had dried up due to El Niño.

Water shortages were experienced by Cebuanos and the Cebu provincial government said the damage to agriculture and fisheries had reached an estimated P100 million.

“The water business [is] just really starting. So what we are going to establish is the water engineering company [in partnership] with an Israeli firm,” Sarmiento said.

The company recently signed a joint venture agreement with Israeli company Watermatic International “to set up a wastewater and water treatment engineering company in the Philippines.”

“We are looking at different solutions to make sure that there is adequate water supply in Metro Cebu,” Sarmiento said.

“There’s nothing concrete yet as to the other water business opportunities but we are making sure that we have the technical capability to do the best water treatment engineering that is at par with the best in the world,” Sarmiento said.

Poe, in her sponsorship speech, had cited that Metro Cebu and the Greater Metro Manila’s traffic and congestion crisis “as manifested in the debilitating long hours of daily commute, has assumed the nature and magnitude of a public calamity.”

Vivant plans to help decongest the traffic situation in Metro Cebu by putting tollways in place.

“That’s also another complicated infrastructure problem and there are inherent limitations in Metro Cebu [like] the road space,” Sarmiento said.

Vivant, Sarmiento said, that they are trying to see if there are new areas where they can open up tollways.

“Maybe we can construct elevated highways. We are open to any solutions. So, we are currently studying the traffic behavior in Metro Cebu to determine where we can locate our projects to solve the problem or at least, contribute to the traffic solution of Metro Cebu,” Sarmiento said.

Sarmiento said Vivant would consider a Public-Private Partnership (PPP) as one of the “modalities” to address the water and traffic problems, but they would also “engage with other technical partners” to make sure all aspects are “properly done.”

“All these put us on track towards fulfilling our mission of bringing excellence to industries that improve everyday living through innovative, forward-looking and adaptable solutions,” Sarmiento said. – Rappler.com