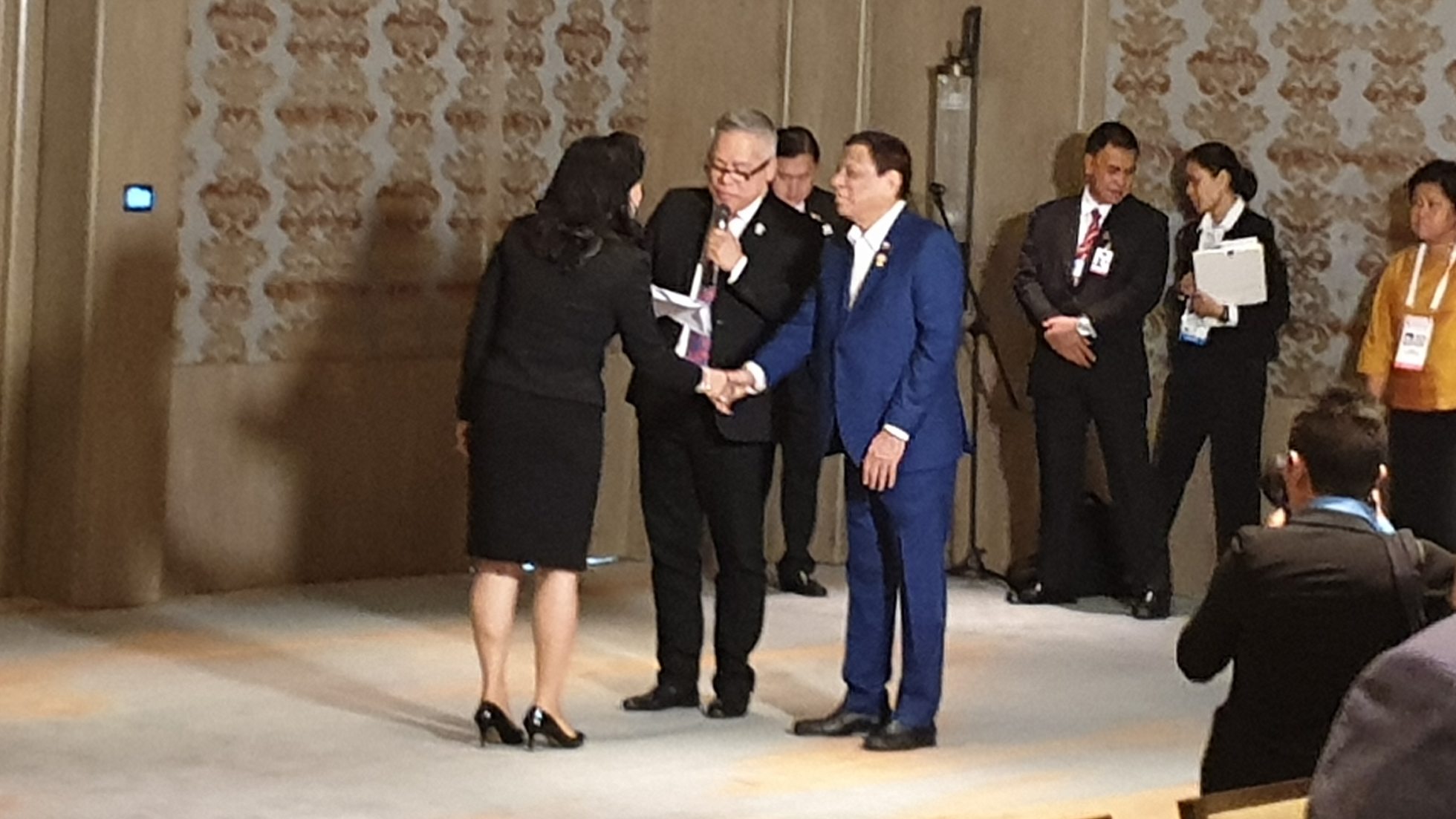 “I invite you to ride on the momentum of Philippine growth story and invest especially in the new industrial destinations of Metro Manila, Pampanga, Clark, Cebu, Bohol and Davao,” the President said during a courtesy call by at least 20 Thai businessmen at the Waldorf Astoria here.

Duterte said the Philippines values the economic partnership with Thailand and that he was “pleased with the current Thai investments in my country.”

“(I) hope that they will continue to increase in the years ahead,” he said, citing such group as Charoen Pokphand Group, which is involved in agro-industrial and aqua-industrial business in the Philippines, and the Erawan Group, which operates the Hop Inn hotels.

Duterte also said he was encouraging the Thai Beverage TCC Group to also do business in the Philippines, especially in the real estate and the hotel business.

The President also called on Thai companies to take part in the massive construction activities that the government has started, especially for infrastructure.

“The Philippines’ Build, Build, Build is in full swing and you are all welcome to participate. We are making significant headway in transforming the Philippines into a more stable and secure place for investments,” he said.

Duterte said the government’s “sound macroeconomic policies and ongoing reforms” guarantee investors with “a competitive and corruption-free business climate and a highly skilled and fast-learning workforce.”

He also spoke of the upgrade by Standard & Poor’s of the Philippines credit rating to BBB+ stable, which is just a notch away from ‘A’. – Rappler.com