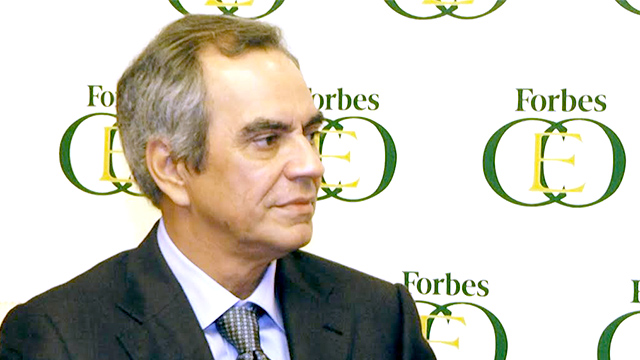 MANILA, Philippines – Ports tycoon Enrique Razon told reporters last April that he is in talks with banks for the possible takeover of the shipyard of bankrupt Hanjin Heavy Industries and Construction Philippines.

However, an executive of one of the creditor banks said Razon was never involved in the talks.

Reporters pressed that it was Razon himself who said that his team was developing a master plan for Hanjin.

“I never met him so I don’t know what he’s talking about,” Deveras said.

The RCBC executive also pointed out that shipbuilding requires a lot of technological capabilities and knowledge of the supplier ecosystem and various shipping segments. (READ: [ANALYSIS] A workers’ alternative for Hanjin)

“You need to be attuned to trade flows across the world. I don’t think there are local groups that have this knowledge,” Deveras said.

In a Philippine Star report, Razon was quoted as saying that the proposal has nothing to do with shipbuilding.

Moreover, Deveras said that most parties that have shown interest are foreign companies.

Will it be a Chinese firm?

Deveras declined to divulge any more details, but said that banks are approaching the matter as a commercial transaction.

“Because there are geopolitical angles to this deal, of course the government has the final say,” he said.

The total loan exposure of 5 Philippine banks to Hanjin amounted to $412 million. RCBC has the highest exposure at $145 million with 4 shipbuilding contracts.

RCBC said the amount is only 1% of its assets worth P614 billion and less than 2% of the P387 billion of total net loans.