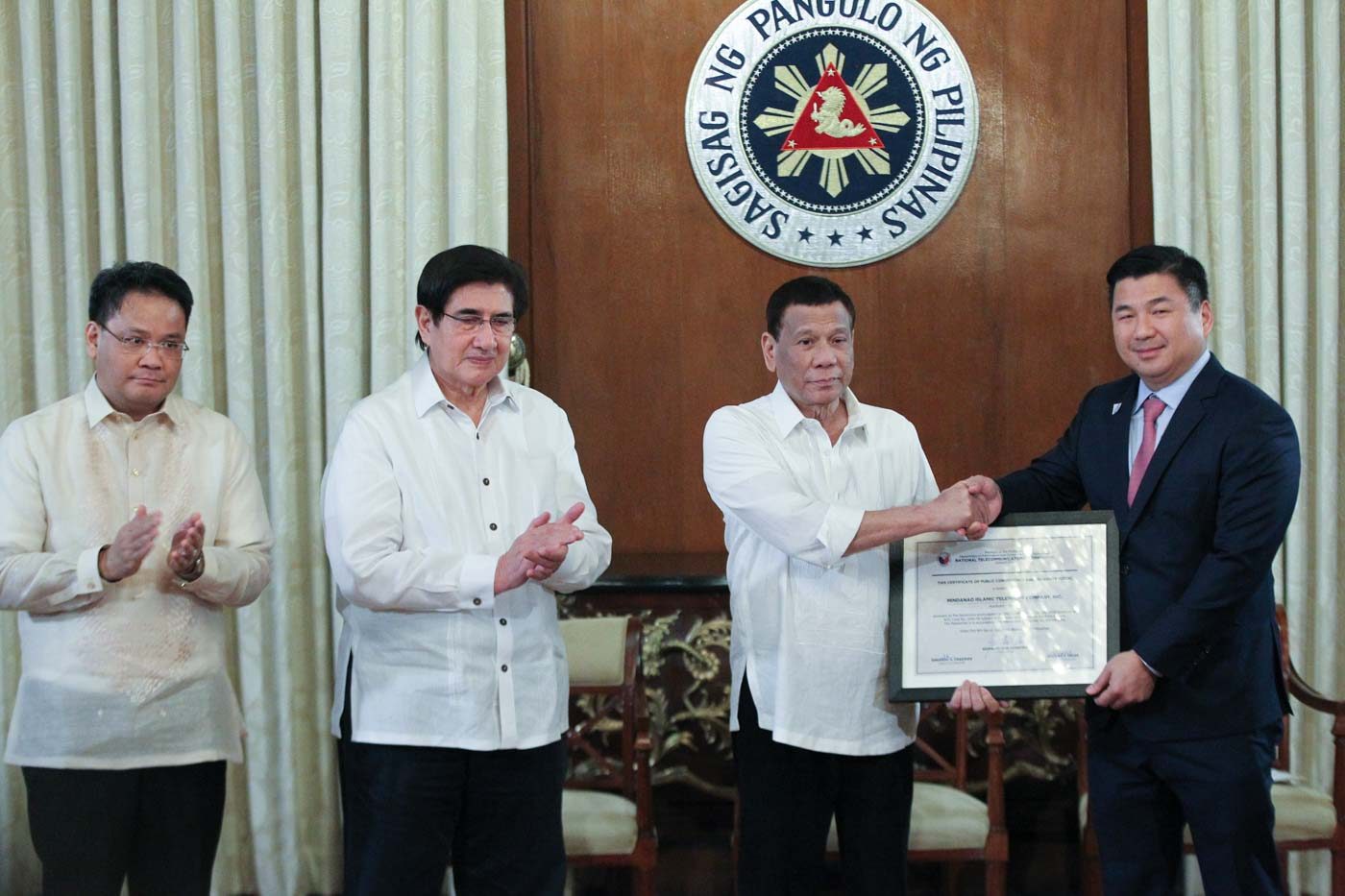 Duterte himself graced the awarding ceremony at the Malacañang Palace on Monday, July 8. Officials of the Department of Information and Communications Technology and National Telecommunications Commission (NTC) were also present.

The consortium is composed of Uy’s Udenna Corporation and publicly-listed Chelsea Logistics, with Beijing-run China Telecom as its foreign partner. (IN CHARTS: Udenna Corp-China Telecom’s promises)

The NTC confirmed that Dito has paid up the performance bond of P25.7 billion and the required P10-billion paid-in capital.

“This is more than a compliance certification. It is a clear signal that we are fully committed to providing world-class telecommunications in the country,” Uy said.

“This issuance will fast-track our project rollouts as we plan to start commercial operations by 2020,” he added.

Dito is slated to conduct a pilot user program by the end of 2019 to test its network. It will launch only 4G services and will not offer 2G and 3G systems.

Dito promised to provide internet speed of 27 megabits per second (Mbps) on average in its 1st year of business.

It then committed to more than double that to 55 Mbps in its 2nd to 5th years. (READ: Duterte Year 2: The broadband picture)

It also pledged to provide 37% nationwide coverage in its 1st year of operations and up to 84% in its 5th year.

Duterte, in his speech, told Dito to live up to its promises to Filipinos.

“Break the prevailing duopoly in the telecommunications industry and fulfill your commitment to provide better telco services,” he said.

The President outlined the benefits of faster telecommunications.

“Let us take this entry of a 3rd telco player as a breath of fresh air in a rapidly evolving information age where no one should be left behind in our pursuit of an inclusive and sustainable progress for all Filipinos,” said Duterte.

Dito plans to spend a total of P257 billion in 5 years. It earmarked P150 billion for its 1st year and P27 billion each for the next 4 years.

Uy has zero experience in telecommunications, but previously said he can learn the ropes and is eager for the venture. – with a report from Pia Ranada/Rappler.com