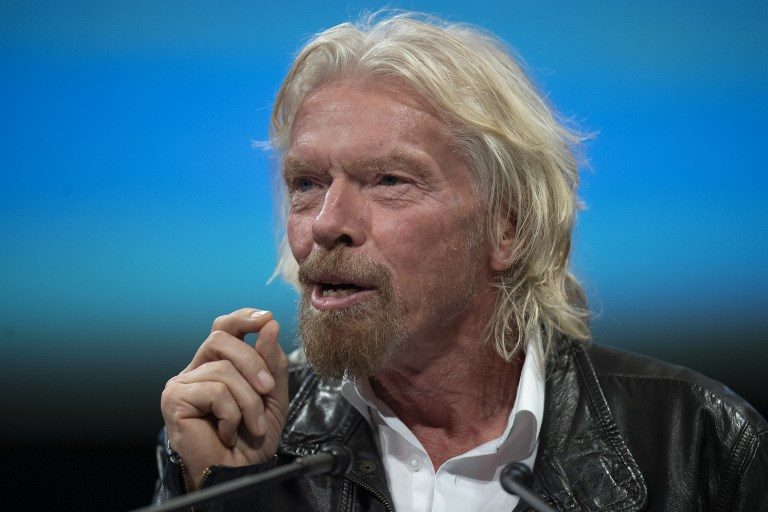 Facebook Twitter Copy URL
Copied
(UPDATED) 'By embarking on this new chapter...we can open space to more investors and in doing so, open space to thousands of new astronauts,' says Richard Branson

“By embarking on this new chapter, at this advanced point in Virgin Galactic’s development, we can open space to more investors and in doing so, open space to thousands of new astronauts,” Branson said in a statement.

Virgin Galactic and public-investment vehicle Social Capital Hedosophia will merge, with SCH expected to own up to 49% of the combined company, the statement said.

“Upon closing of the transaction, which is expected in the second half of 2019, VG will be introduced as the first and only publicly traded commercial human spaceflight company,” it added.

The total value of the merger is $1.5 billion, the parties said.

The capital injection from the special-purpose acquisition company, or SPAC, will enable British billionaire Branson to fund Virgin Galactic until its spaceships are able to commercially operate and become profitable, the paper added.

Virgin Galactic is up against Amazon founder Jeff Bezos and Tesla’s Elon Musk to be the first to send tourists into space.

“Great progress in our test flight program means that we are on track for our beautiful spaceship to begin commercial service,” Branson said in Tuesday’s statement.

“We are at the dawn of a new space age, with huge potential to improve and sustain life on Earth.

“I am delighted that SCH has decided to become such an important part of our amazing journey. They share our dreams and together we will make them reality,” the entrepreneur added.

SCH founder and chief executive Chamath Palihapitiya meanwhile expressed confidence that VG “is light years ahead of the competition.”

Palihapitiya is investing $100 million of his own money in the merger and is set to be the new partnership’s chairman.

“I cannot wait to take my first trip to space and become an astronaut,” he added Tuesday.

Branson has already invested more than $1.0 billion in the project since 2004, while a similar proposed Saudi capital injection was suspended last year following the killing of journalist Jamal Khashoggi.

Virgin Galactic’s last test flight was in February when its spacecraft reached an altitude of more than 55 miles following a launch from California’s Mojave desert.

To date VG has space tourism reservations from more than 600 people across 60 countries, earning it about $80 million in paid deposits and $120 million in potential revenues, the group said Tuesday. – Rappler.com