Trade deficit narrows in May 2019 as imports drop 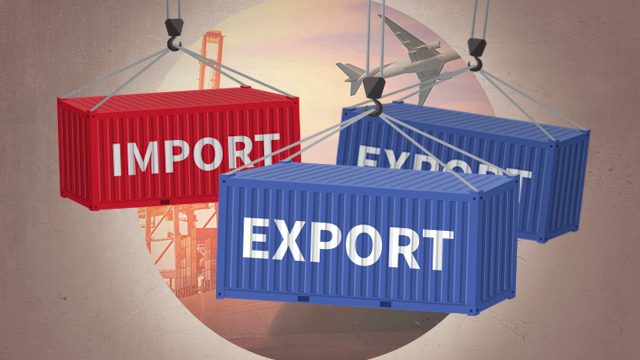 Facebook Twitter Copy URL
Copied
Due to the decrease in 6 of the top 10 imported goods and a slight increase in exports, the Philippines' trade deficit slightly narrows in May 2019

MANILA, Philippines – The Philippines saw a smaller trade deficit in May 2019 as imports for that month posted a 5.4% year-on-year decrease to $9.97 billion while exports managed to inch up, according to the Philippine Statistics Authority (PSA).

Imported goods, despite the decrease, still took up 60.5% of the trade value, while exports took up the remaining 39.5%. The PSA said this was brought about by the decline in 6 of the top 10 major goods imported by the Philippines.

There was a 25.5% drop in iron and steel imports, followed by transport equipment at 19.3%. The country also imported less mineral fuels, lubricants and related goods, plastic, industrial machinery, food, and live animals.

Despite having semiconductors as the Philippines’ top export, electronic products were the top imported goods for May, valued at $2.46 billion.

The PSA said the increase was due to higher sales of 8 of the country’s top 10 major export commodities, led by electronic products. Other goods listed were bananas, metals, minerals and chemicals, and electronic parts for vehicles, aircraft, and ships.

As of May 2019, China is the Philippines’ top trading partner with $3.04 billion worth of total trade between the two countries. The Philippines is at a deficit of $1.25 billion. (READ: Arroyo on PH-China economic ties: Better than ever)

China is followed by the United States and Japan, where the Philippines’ total trade value with these two countries standing at $1.79 billion and $1.68 billion, respectively.