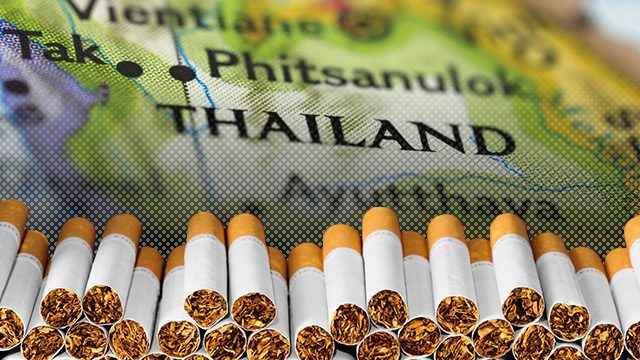 MANILA, Philippines – The Department of Trade and Industry (DTI) is calling for Thailand to implement customs valuation reforms after a World Trade Organization (WTO) panel ruled that Thailand undervalued the Philippines’ cigarette exports.

“This WTO dispute has been going on for more than 10 years now, Thailand has lost all 3 panel and appellate rulings,” Trade Secretary Ramon Lopez said in a statement on Friday, July 12.

“It is about time that Thailand accepts the rulings and implement the customs valuation reforms called for by those rulings.”

Following the WTO panel’s latest ruling, Thailand should amend its customs and tax policy and practices, as well as withdraw the criminal charges filed against Philip Morris International Thailand (PMTL).

PMTL allegedly evaded paying around $551.27 million in taxes after it under-declared the prices of imported Philippine cigarettes. Despite undervaluation, its duty-free end price ended going up higher.

The Philippines in 2008 asked the WTO to determine if Thailand had committed an unfair trade practice for under-declaring the customs value of cigarettes.

DTI explained that this not only negatively affected Philippines’ cigarette exports, but even the local tobacco industry.

The DTI said Thailand, in response, still brought on WTO-inconsistent customs valuation measures against the Philippines and even filed two sets of criminal charges against PMTL for under-declaration.

The agency said  Thailand’s actions still violated the CVA and even places bilateral trade relations ‘on a sour note.’

“Thailand is a strong supporter of the WTO multilateral trading system, and currently chairs the WTO General Council,” Lopez said.

“Thailand is also ASEAN  (Association of Southeast Asian Nations) host for 2019. Accepting the panel report in this dispute would be a clear demonstration of Thailand’s responsibility and leadership in the WTO and in ASEAN.” – Rappler.com