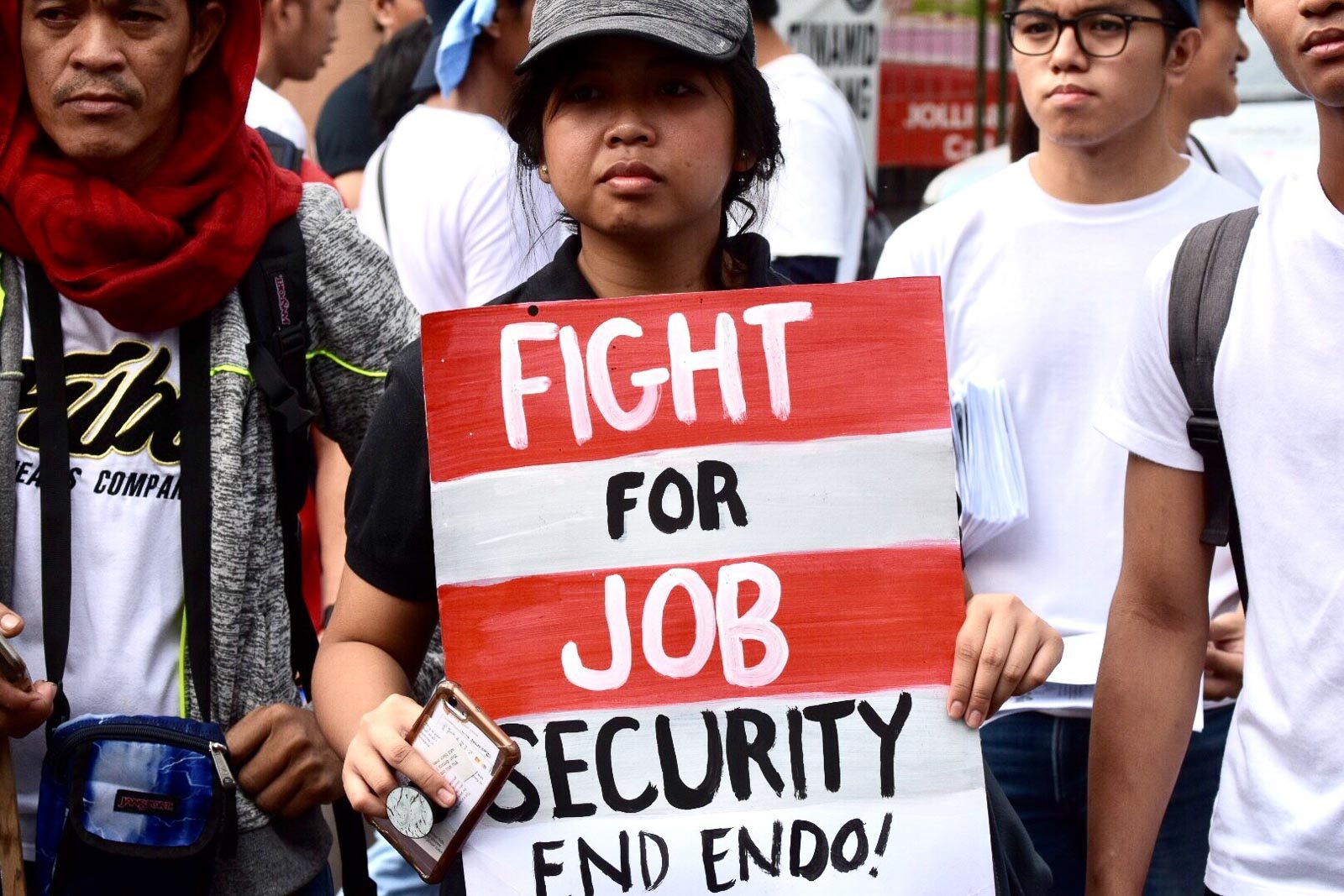 MANILA, Philippines – Nobody seems to want the current form of the security of tenure bill – both labor groups and business chambers alike.

Labor groups said the measure fails to address key issues such as the end-of-contract or endo scheme, and is “not worthy of support.” (READ: Workers reject ‘weak’ anti-endo bill)

Meanwhile, the country’s biggest business organizations think the bill is redundant and could have a negative impact on the Philippine economy and even on workers themselves.

The following groups signed a joint statement and made a last-minute appeal to President Rodrigo Duterte to veto the bill:

“It impinges on management prerogative anchored on the Constitution, and it excludes contract workers hired by government agencies,” the business groups said.

They added that the Department of Labor and Employment’s Department Order No. 174 and Duterte’s Executive Order No. 51 already prohibit labor-only contracting and other illegal forms of contracting.

“More than a new law that could adversely affect the country’s global competitiveness, stronger enforcement of the current bills and policies is essential,” the business groups said.

They also argued that job contracting is an exercise of management prerogative and business judgment, anchored on two constitutional rights: right and freedom to contract and right to property.

Business groups also claimed that the anti-endo bill does not give equal opportunity to private employers as it increases the cost of doing business, hindering operations and slowing down growth.

They warned that the bill could lead to job losses, as enterprises may choose to eliminate the low-skilled work currently contracted.

The anti-endo bill is already on Duterte’s desk for signing.

It defines labor-only contracting, a form of illegal employment, as when:

The anti-endo bill also classifies workers under 4 employment types: regular, probationary, project, and seasonal. Project and seasonal workers have the same rights as regular employees, such as payment of minimum wage and social protection benefits.

Violators would face a fine of up to P5 million, with the labor secretary having the power to “preventively or permanently” close the operations of the labor-only contractor. – Rappler.com