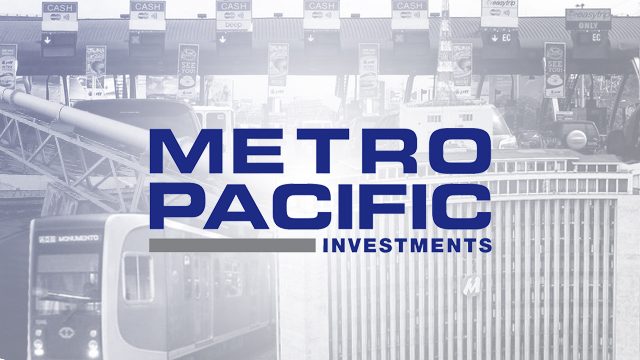 Facebook Twitter Copy URL
Copied
Metro Pacific Investments Corporation reports lower earnings in the 1st half of 2019, but highlights the growth in core income and investments

MANILA, Philippines – Manuel Pangilinan-led holding company Metro Pacific Investments Corporation (MPIC) reported that its net income attributable to the parent company was down by 9% to P8.1 billion in the 1st half of 2019.

MPIC said in a disclosure to the Philippine Stock Exchange on Thursday, August 1, that the decline was due to:

However, it highlighted that its consolidated core net income – earnings derived from the company’s main business – was at P8.7 billion in the 1st half of the year, 11.6% higher than the P8.6 billion in 2018.

These were driven by:

MPIC said all these combined were able to offset higher interest costs.

“Our 5% growth in contribution from operations reflects meaningful volume increases at most of our businesses following years of high investment and our continuing emphasis on operational efficiencies,” said Jose Maria Lim, president and chief executive officer of MPIC.

The core net income of Metro Pacific Tollways Corporation (MPTC) rose by 6% to P2.3 billion on the back of higher traffic on roads.

System-wide vehicle entries, including both domestic and regional road networks, averaged to over 923,000 a day in the 1st half of the year compared to 920,000 a year ago.

Maynilad’s revenues rose by 11% to P12.2 billion from P11 billion due to volume and tariff increases during the period. Its core net income rose by 9% to P4.6 billion.

Maynilad’s capital expenditure for the 6-month period stood at P5.4 billion, which were directed mostly to upgrading and building reservoirs and pumping stations, laying pipelines, and constructing wastewater facilities.

Metro Pacific Hospital Holdings reported a 14% rise in aggregate revenues. Outpatient visits rose by 10% to 1.8 million, while inpatient admissions rose 6% to 96,697. Its core income grew by 21%.

MPIC’s hospital business is raising capital either through public offering or private placement and plans to use the funds for rolling out more hospitals and service centers.

It has allocated capital expenditure of P7.5 billion for train system rehabilitation, structural repairs, and an extension to Cavite for 2019.

“Our absolute focus over the medium term is to build out the many new infrastructure assets we are currently working on in order to further improve our services to the communities, and enhance profitability, earnings per share, and the net asset value of MPIC,” said Pangilinan. – Rappler.com