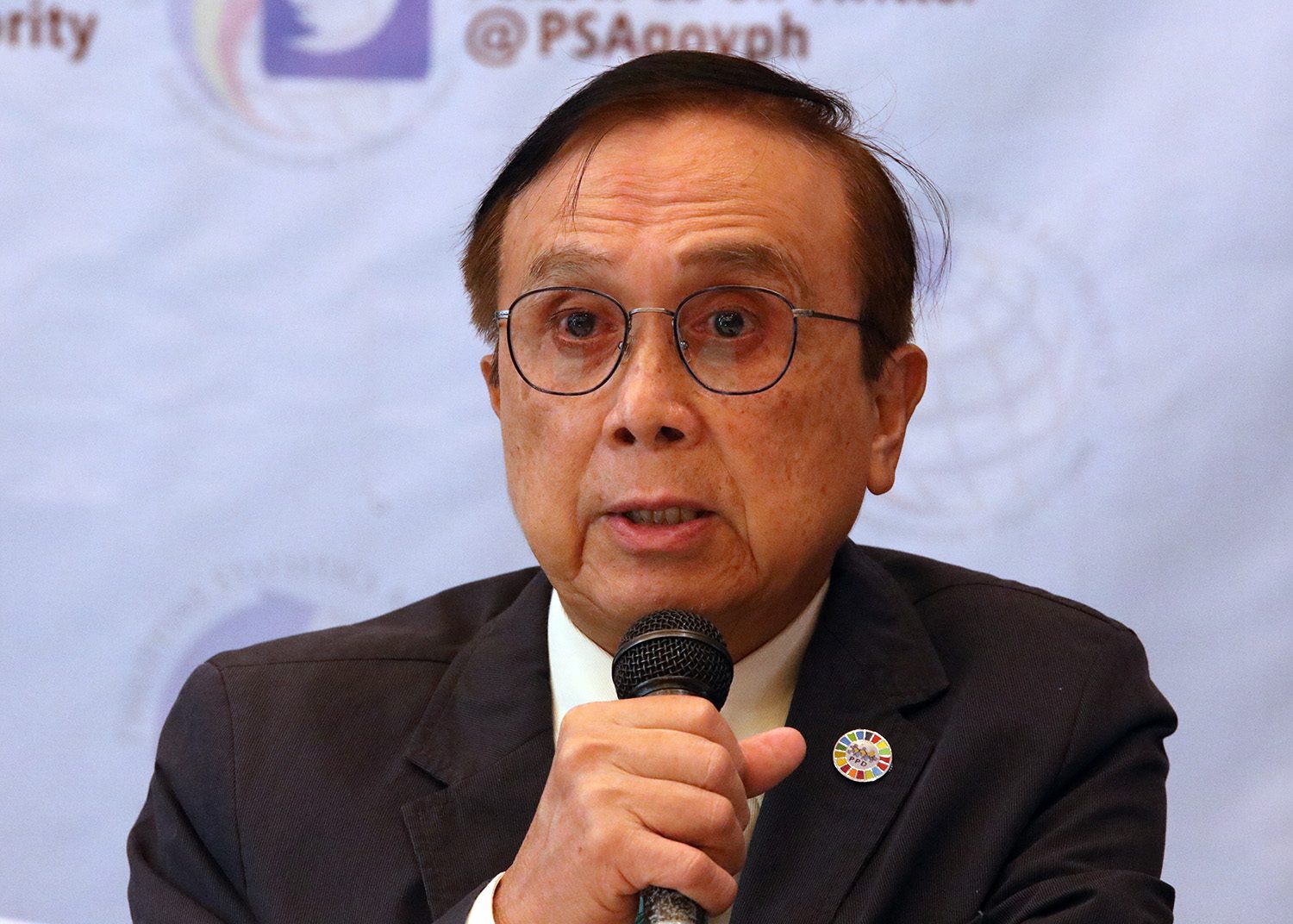 Facebook Twitter Copy URL
Copied
The dismal state of agriculture, trade wars, and domestic politics are just some of the problems the government's economic team is facing

MANILA, Philippines – In 2018, it was high inflation. This year, it’s the slower-than-expected economic growth that has been the headache of the government’s economic managers.

The Philippines’ gross domestic product (GDP) growth slowed down to 5.5% and most analysts did not see it would drop to a 4-year low again.

Socioeconomic Planning Secretary Ernesto Pernia listed steps the government must take for the economy to grow during these “challenging times.”

Support agriculture. Weak El Niño during the 1st half of the year was responsible for the contraction in the output of water-sensitive crops like palay and corn. It also hurt consumer confidence, resulting in a slowdown in household consumption.

“This is why we must equip the agriculture sector with an effective climate change and disaster risk reduction program that will reduce production losses owing to weather disturbances,” Pernia said.

Water apex. Pernia noted that the water crisis in Metro Manila appears to have resulted from “poor coordination” between 30 government agencies and private distributors.

For better management, Pernia reiterated his call for the creation of a Department of Water. The new department would handle management and generation of water resources, while a separate body could regulate water use.

“We envision a setup similar to the energy sector, where there is a Department of Energy and an Energy Regulatory Commission,” Pernia said.

Reforms in the outsourcing sector. With the growing protectionism of advanced economies affecting the Philippine business process outsourcing industry, Pernia urged companies to retool their workers and implement reforms.

He noted that exports of miscellaneous services only grew by 1.3%. It used to grow by double digits up until 3 years ago.

“Note that the sector is also being adversely affected by the rise of artificial intelligence,” Pernia said.

Budget. He called for the timely passage of the 2020 national budget, so as not to derail next year’s economic growth.

Government consumption spending during the 2nd quarter of 2019 slowed down and capital formation declined sharply because of the budget impasse.

Public construction dropped by 27.2% for the 2nd straight quarter, which offset the growth brought in by private construction.

He also reiterated that amendments in the Foreign Investments Act, the Public Service Act, and the Retail Trade Liberalization Act must be passed.

A revised security of tenure bill should also be passed. The new bill must address loopholes in the country’s labor law, while making sure the labor market is flexible enough to attract investments and create more job opportunities. – Rappler.com