Inflation continues downtrend at 1.7% in August 2019 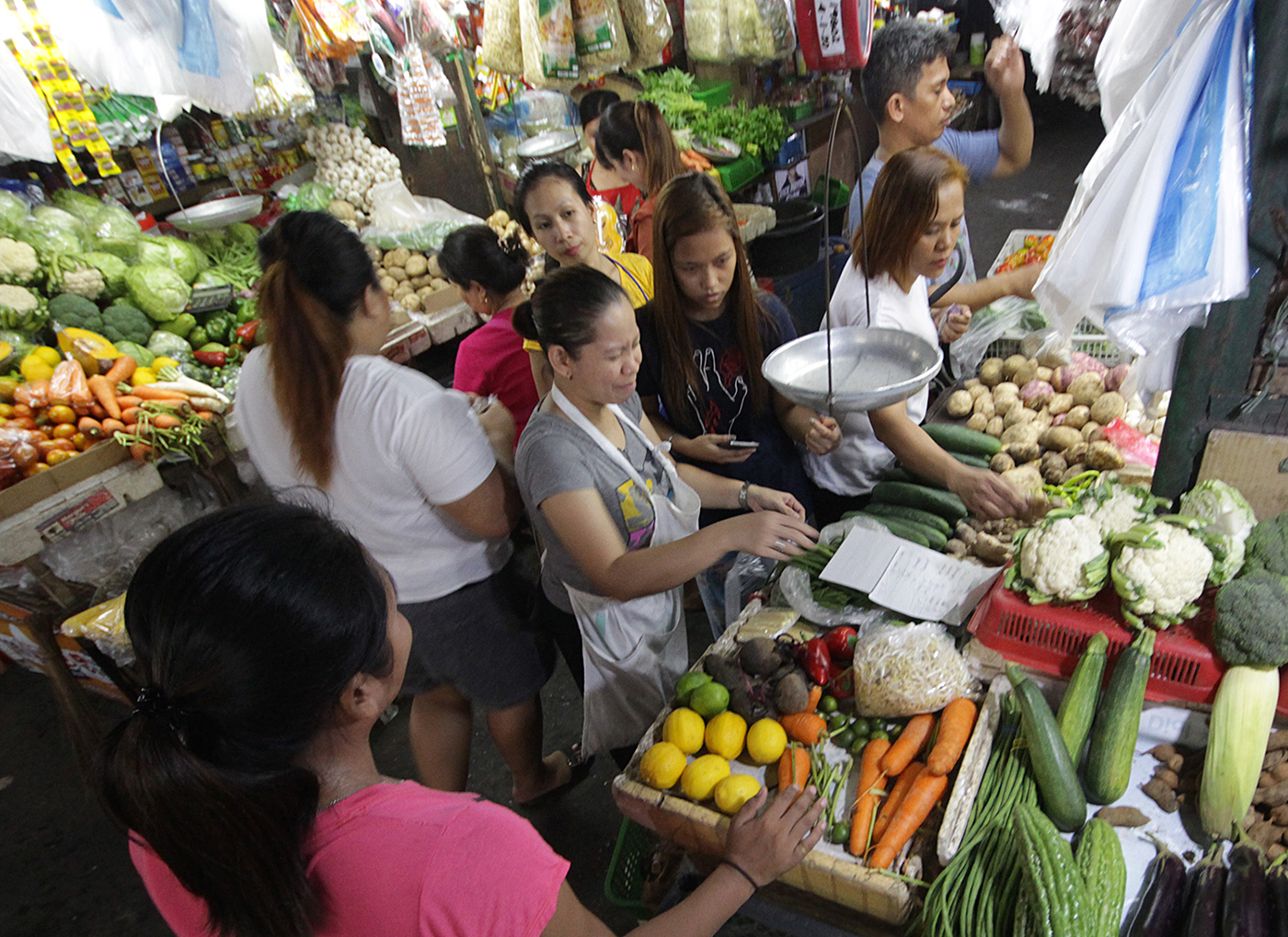 MANILA, Philippines (3rd UPDATE) – Prices rose at a much slower pace of 1.7% in August, the Philippine Statistics Authority announced on Thursday, September 5.

The slowdown of inflation in August was mainly due to the slower annual increase in food and non-alcoholic beverages at 0.6%. Moreover, the following commodity groups posted slower annual rates during the month:

The transport index, which dropped by 0.2%, also contributed to the downtrend.

On the other hand, higher annual increments were noted in the indices of alcoholic beverages and tobacco at 10.1%, clothing and footwear at 2.8%, and education at 4.6%.

The August inflation rate is also lower than the government’s target range of 2% to 4%. (READ: What inflation means for you)

During the same month in 2018, the inflation rate was at 6.4%. (READ: Duterte’s economic team sees stable inflation until his term ends)

The Bangko Sentral ng Pilipinas (BSP) previously projected that lower domestic prices for gasoline, diesel, and kerosene, as well as the continued decline in rice prices and electricity rates, dampened inflation pressures in August. It had expected inflation for the month to be in the 1.3% to 2.1% range.

“The latest inflation outturn is consistent with the BSP’s prevailing assessment that inflation will continue to decelerate in Q3 2019 and pick up slightly in Q4 2019,” the central bank said in a statement on Thursday.

Analysts continue to see a downward trend in inflation, which gives the BSP more room to cut interest rates.

But the central bank noted that “deepening trade tensions between China and the US along with ongoing geopolitical risks have raised global economic uncertainty, which poses a downside risk to the inflation outlook.”

“The BSP will continue to keep a close watch over latest economic developments here and abroad to ensure that the monetary policy stance remains consistent with the BSP’s price stability objective while being supportive of economic growth,” it said. – Rappler.com