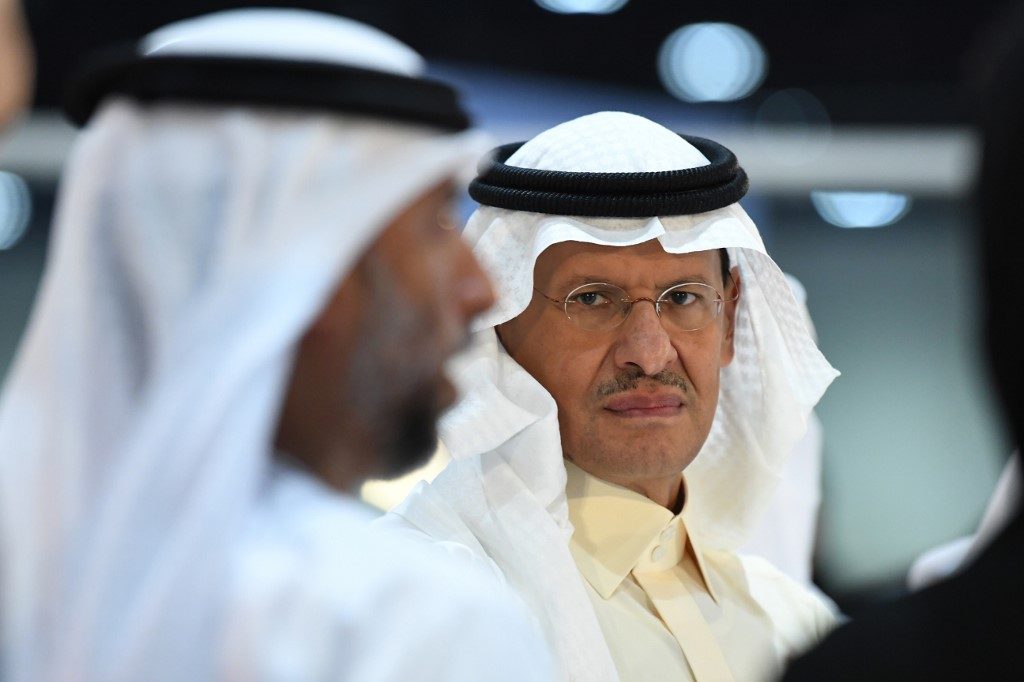 Facebook Twitter Copy URL
Copied
'This time prices slumped on reports of sooner-than-expected return for oil production after the attacks,' says an analyst in reaction to the price drop

At the same time, global stocks were in a holding pattern while investors awaited the US Federal Reserve’s latest decision on monetary policy due on Wednesday.

In the space of several minutes during afternoon European trading, North Sea Brent crude oil for delivery in November tumbled from $67.75 to $65.00. It fell as low as $64.24, before recovering a little.

The market was already trading in negative territory after the previous day’s record gains fueled by attacks on Saudi facilities which wiped out half the kingdom’s crude output.

“The markets were once again wrong-footed by the Saudi news,” said Forex.com analyst Fawad Razaqzada in reaction to Tuesday’s price drop.

“This time prices slumped on reports of sooner-than-expected return for oil production after the attacks.

“Although little details have emerged, speculators are evidently happy to sell now and ask questions later. And who would blame them after that big (price) gap?”

The spike in the oil price had stoked fears that costlier energy and geopolitical instability could weigh on an already slowing global economy, but a quick recovery in Saudi exports and a return to earlier price levels would alleviate those concerns.

“Arguably Monday’s spike in oil was unsustainable, since oversupply concerns have been the much more dominant theme this year, but the sudden drop came earlier and quicker than expected,” said Chris Beauchamp, chief market analyst at online trading firm IG.

Traders were nervously awaiting a further response from the United States after it said Iran was likely to blame.

US Secretary of State Mike Pompeo was due to fly to Saudi Arabia to discuss possible retaliation after US officials claimed they had proof the weekend attacks had originated in Iran.

The crisis revived fears of a conflict in the tinderbox Gulf region and raised questions about the security of crude fields in the world’s top exporter Saudi Arabia as well as other producers.

US President Donald Trump has said he is ready to help Riyadh following the strikes but would await a “definitive” determination on who was responsible.

Iran-backed Huthi rebels in Yemen claimed responsibility but Washington and Riyadh have accused Tehran, which denies the accusations.

Iran’s supreme leader on Tuesday ruled out negotiations with the US “at any level,” as tensions mounted between the arch-foes.

Ayatollah Ali Khamenei said the United States had adopted a policy of “maximum pressure” on Iran because it believes it cannot bring the Islamic Republic to its knees through other means.

The attack on Saudi oil facilities also took attention away from the upcoming trade talks between China and the US, as well as a much-anticipated policy meeting of the Federal Reserve, which is expected to cut interest rates Wednesday, September 18.