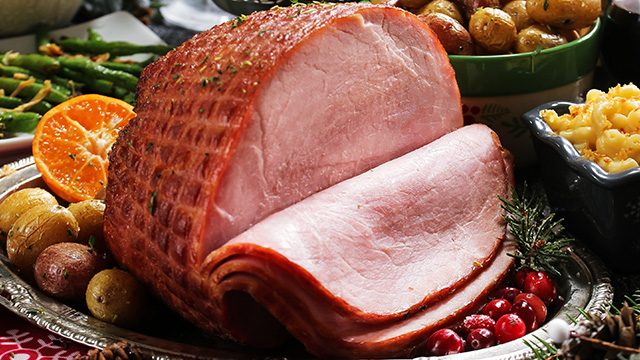 MANILA, Philippines – Consumers may see less processed pork products in grocery stores this holiday season, including the traditional Christmas ham, as the industry cuts back on production amid the African swine fever (ASF) outbreak in several areas.

The Philippine Association of Meat Processors Incorporated (PAMPI) said on Friday, September 20, that a number of its members have already decided to scale down their output by as much as 20% in view of the uncertain business environment brought about by ASF.

The group also said the outbreak will adversely affect the meat processing industry, which has an annual production value of more than P300 billion and a workforce of about 150,000.

“The national economy will be seriously damaged if [local government units] persist on imposing an unnecessary and unwarranted ban on the movement, distribution, and sale of processed meats/pork-based products, in their respective jurisdictions,” PAMPI president Felix Tiukinhoy Jr said.

Several provinces and cities in the Visayas have banned pork imports from Luzon.

Tiukinhoy assured the public that processed meat is cooked at temperatures ranging from 70°C to 116°C for over an hour, killing the ASF virus.

However, there have been reports that the virus survives even if meat has been processed and canned.

Last June, the Bureau of Animal Industry confirmed that luncheon meat seized from a Filipino who went overseas tested positive for ASF.

ASF cases were first recorded in several areas in Rizal and Bulacan. The virus has since reached the capital, with Quezon City confirming cases of ASF.

The Department of Agriculture has allotted P78 million to control the spread of the virus. – Rappler.com