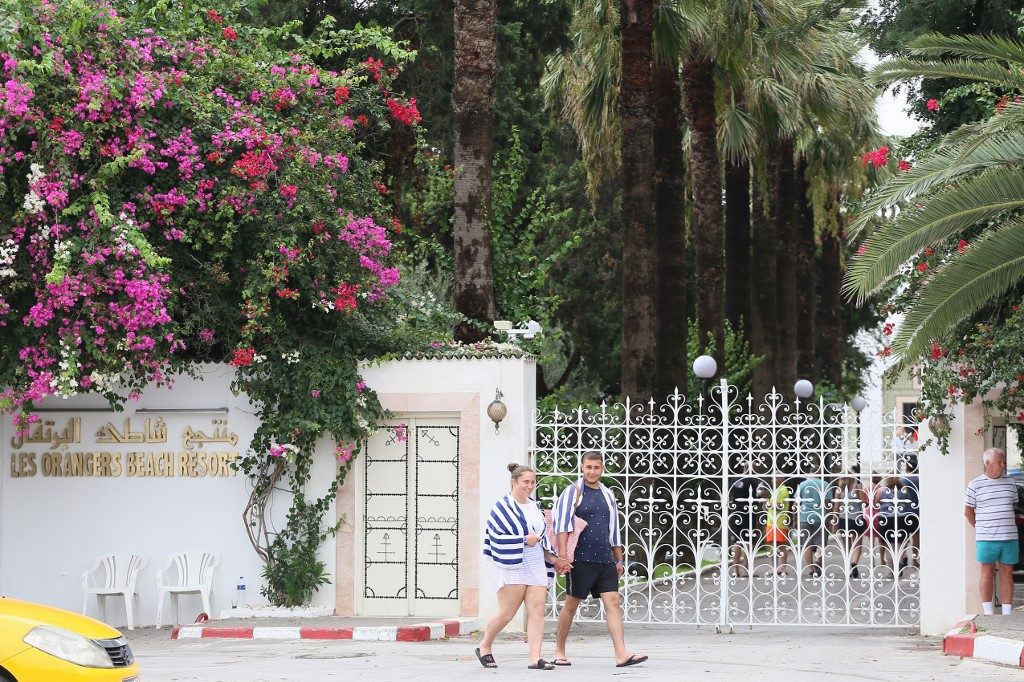 Facebook Twitter Copy URL
Copied
With British travel giant Thomas Cook in trouble, travelers fear they will be unable to return home or their trips will not push through

LONDON, United Kingdom – The possible collapse of Thomas Cook has “ruined” the holidays of thousands of tourists, who fear being trapped far from home despite official reassurances that they will be looked after.

Some 600,000 holidaymakers are currently abroad on trips organized by Thomas Cook, including 150,000 British tourists.

The mass travel pioneer is mainly active in Europe and around the Mediterranean, with Antalya in Turkey and Mallorca in Spain its flagship destinations.

Jackie and Amy Ward, a mother and daughter on holiday in Mallorca, told Britain’s Sky News that their holidays in the sun had been “ruined” by uncertainty over their return.

Jackie Ward said that she had heart disease and would run out of medicine if she did not return home on Monday, September 23, as planned.

A stranger had offered to buy a ticket for the Newcastle tourist to ensure that she could return safely if the firm collapsed, Sky News reported.

Thomas Cook’s hundreds of service providers were also wracked with anxiety over the company’s troubles, with some facing closure themselves if the tour operator goes under.

Managers of the hotel Les Orangers in Hammamet, Tunisia, briefly delayed the departure of a group of tourists until they could verify that payments owed by Thomas Cook had been made, a Tunisian interior ministry spokesman told Agence France-Presse (AFP).

The resort managers requested additional payments even though the group had already paid the costs of their stay in full, a tourist told AFP.

“After an hour they left the hotel and are currently at the airport,” said the government spokesman.

“There are other Thomas Cook groups in Hammamet, Sousse, Mahdia, and Djerba – all payment procedures have been settled,” he added.

In addition to travelers worried about their return, others are concerned that their much-anticipated holiday plans are about to collapse.

Briton Chloe Hardy told the BBC that she was scheduled to fly to Greece on Thursday, September 26, to get married on a Thomas Cook trip she booked more than a year ago.

“Our wedding is costing almost £12,000 with things we have bought here, the wedding package, everything we have organized with the resort wedding coordinator,” she said.

“We’ve had constant questions from our family that we are unable to answer,” she added. “This is causing great concern, worry, and stress to all of us involved.”

“I’m supposed to fly on Tuesday and would really appreciate some info,” complained @JoshSmith1990.

“Very stressful flying out on 15 October for a wedding spent almost 2 years paying for the holiday will be so gutted if we can’t go please someone help them,” added @bullyforyou180.

British authorities sought to reassure travelers, saying that all tour packages purchased in Britain and the European Union were protected by law.

In Britain, the “ATOL guarantee” covers repatriation and refunds for holidaymakers if the company goes bust, with the Civil Aviation Authority (CAA) responsible for getting them home.

The CAA has got experience, orchestrating the repatriation of some 85,000 people following the bankruptcy of the British airline Monarch two years ago, but the collapse of Thomas Cook would be of a completely different magnitude.

The crisis comes 6 months after thousands of travelers were left stranded in Europe and the United States by the collapse of Icelandic low-cost airline Wow. – Rappler.com