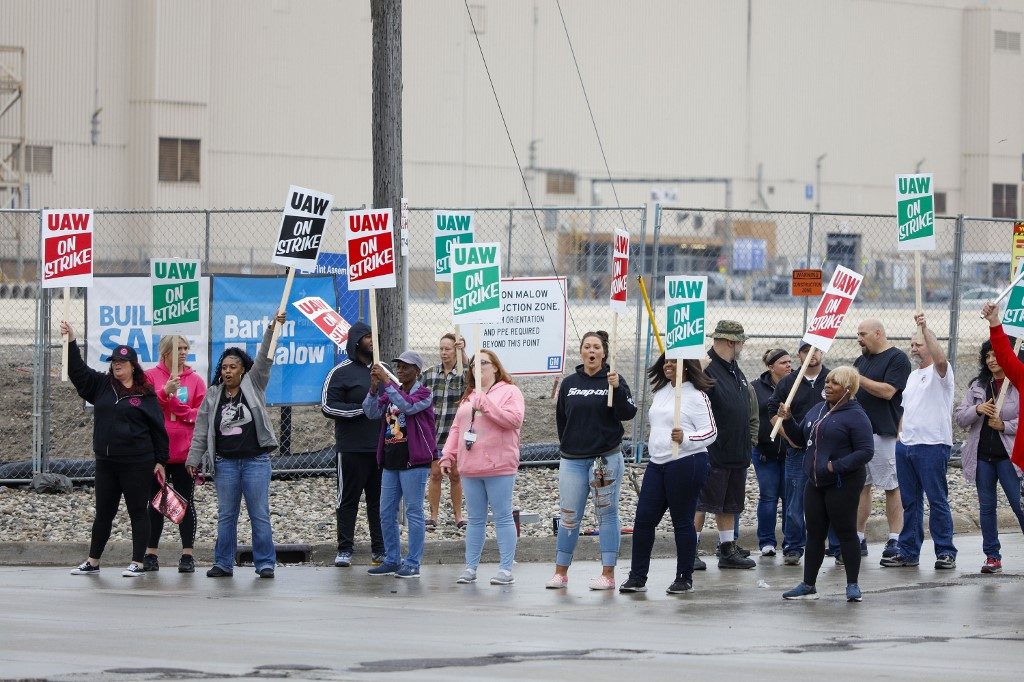 SAN FRANCISCO, USA – Negotiations to resolve a 3-week-old strike at General Motors (GM) for better pay, benefits, and job security have taken “a turn for the worse,” a top negotiator with the United Auto Workers (UAW) said Sunday, October 6.

“After making some progress on important issues a couple days ago, the company has shown an unwillingness to fairly compensate the great workforce of the UAW,” union vice president Terry Dittes said in a statement.

“These negotiations have taken a turn for the worse,” he said.

On Saturday evening, October 5, the union submitted an “extensive proposal package” that “was an effort to move this set of negotiations to the next step,” Dittes said in a letter to Scott Sandefur, vice president of labor relations at GM.

“During your response” on Sunday, “you didn’t even have a professional courtesy to explain why you could not accept or why you rejected our package proposal for each item we addressed,” he wrote.

“We expect the company to respond and discuss the package proposal we presented yesterday. The law and basic decency require no less,” Dittes added.

Nearly 50,000 GM workers walked off the job in mid-September, launching the biggest labor dispute to hit the automaker in more than a decade.

On Friday, October 4, the company let it be known that it would extend health insurance coverage for its workers for the duration of the strike.

That was seen as a sign that the sides might reach an agreement as early as the weekend, despite obstacles over pay and job security for new hires.

But Dittes said that management’s response to the Saturday proposals offered little change from those that the union had previously rejected.

The strike has shut down GM production in the United States, impacting its operations in Canada and Mexico where thousands of workers have been temporarily laid off.

Besides better pay and benefits, the union wants GM to reactivate 4 factories shut down in November 2018.

For its part, GM says it has proposed more than $7 billion in new investments in US facilities, 5,400 new jobs, and higher salaries.

Experts say the strike could cost the company as much as $100 million each day. – Rappler.com