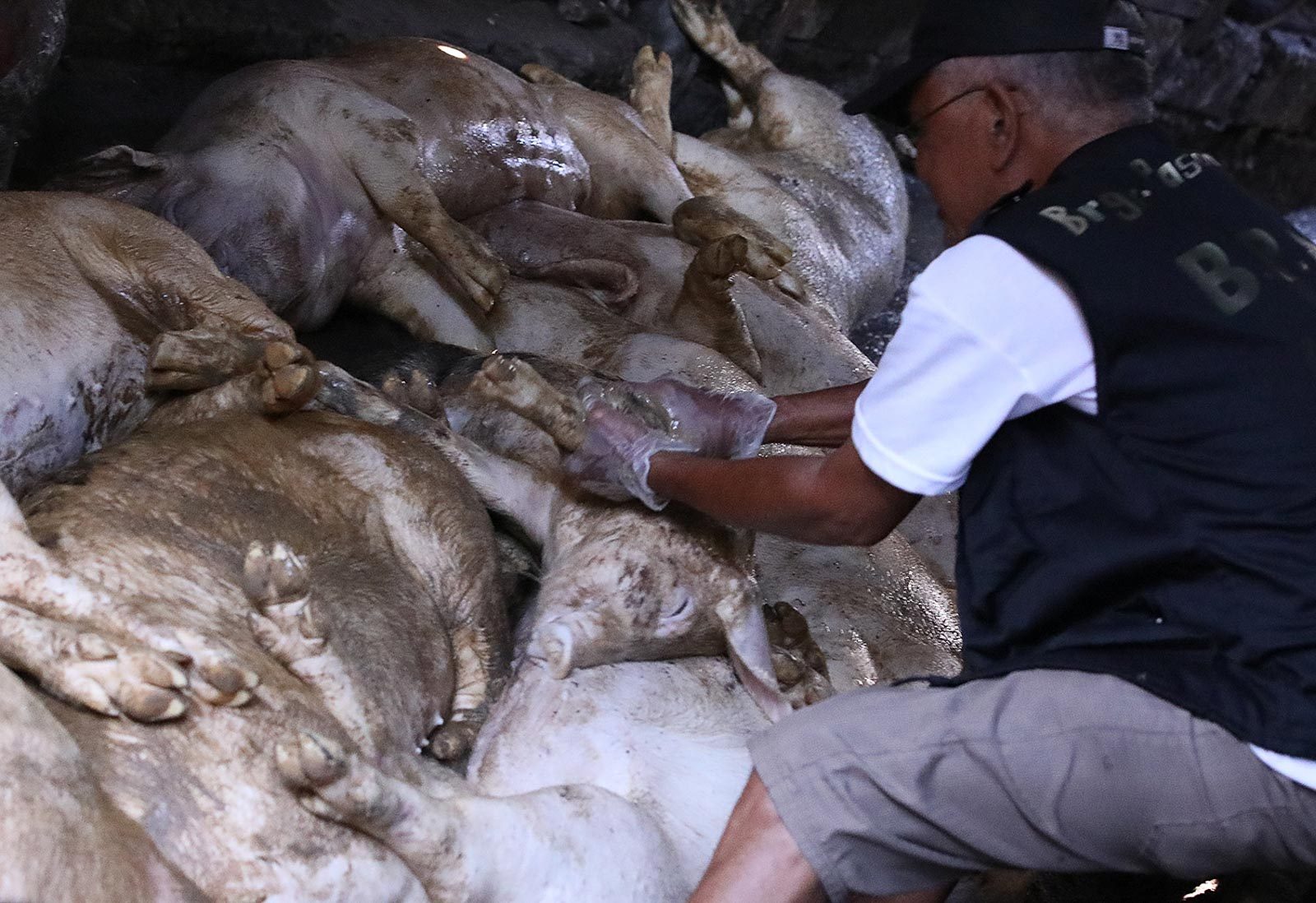 Samples from barangays Bagong Silangan and Payatas earlier tested positive for the disease.

Quezon City officials recently culled pigs in Barangay Pasong Tamo, even though the DA has not confirmed the presence of ASF there. The local government said the pigs exhibited symptoms so officials decided to cull them, even without the DA’s confirmation.

The DA also received reports of more possible cases in Bulacan and Pampanga. The agency has yet to confirm the new areas. (READ: FAST FACTS: What is African swine fever?)

“Our commitment to protect the health and safety of [the] pork-consuming public and the P260-billion swine industry – in partnership with the LGUs (local government units), PNP (Philippine National Police), military, and other government agencies, and the private sector – is stronger than ever,” said Agriculture Secretary William Dar.

“[W]e call for continued vigilance and cooperation of the industry and the general public to prevent this disease from further spreading. What’s on the line is the future of the swine industry, where 65% is shared by small backyard raisers,” Dar said. – Rappler.com