MANILA, Philippines – The country’s total trade declined by 7% in August 2019 to $14.9 billion, as both exports and imports fell during the period, the Philippine Statistics Authority said on Thursday, October 10.

By major trading partners, exports to the US comprised the highest value of $992.72 billion or a share of 15.9% to the total exports in August 2019.

China was the Philippines’ biggest supplier of imported goods with a 23.1% share to total imports amounting to $2 billion. 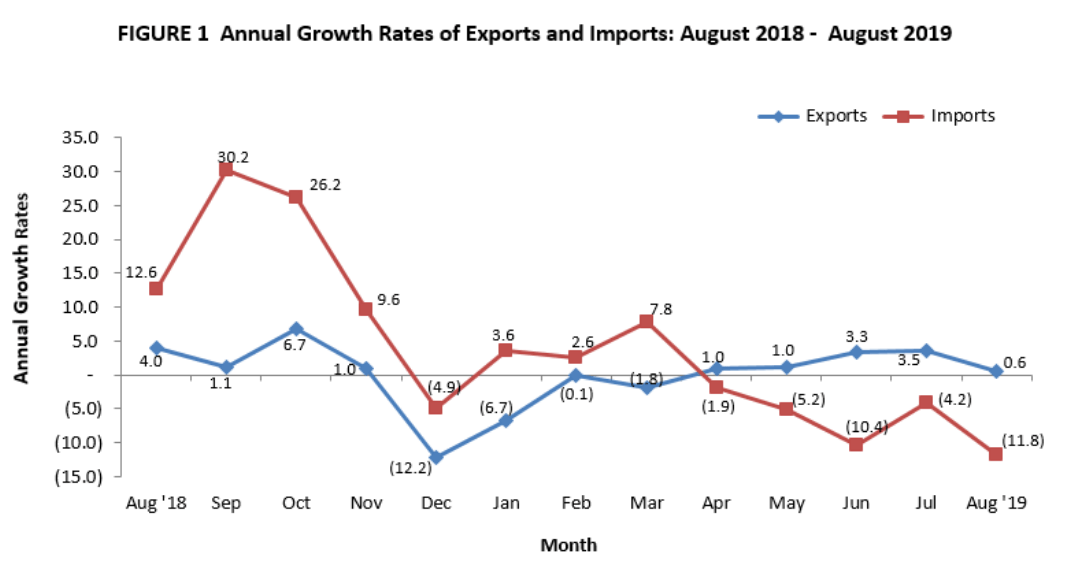 The country’s gross domestic product (GDP) is still below the government’s revised target band of 6% to 7%.

GDP for the 2nd quarter of 2019 hit a disappointing 5.5%, missing the consensus of 6% due to the budget impasse which dragged on until April.

He added that the subpar growth for the 3rd quarter may convince the Bangko Sentral ng Pilipinas to act on interest rates. ING sees further rate cuts as early as the 1st quarter of 2020.

“[I]mport compression coupled with surprise export growth is in line with our forecast of only mild peso depreciation by year-end, to settle at P52.89,” Mapa said.

“We must continue to initiate programs that provide comprehensive packages of support for products with comparative advantages, including related industries, to facilitate expansion in the international market,” he said.

Pernia also said pushing for reforms like amendments to the Foreign Investments Act, Public Service Act, and Retail Trade Liberalization Act would make the Philippines more competitive and encourage foreign investors to do business in the country.