China imports, exports down in September 2019 as growth cools 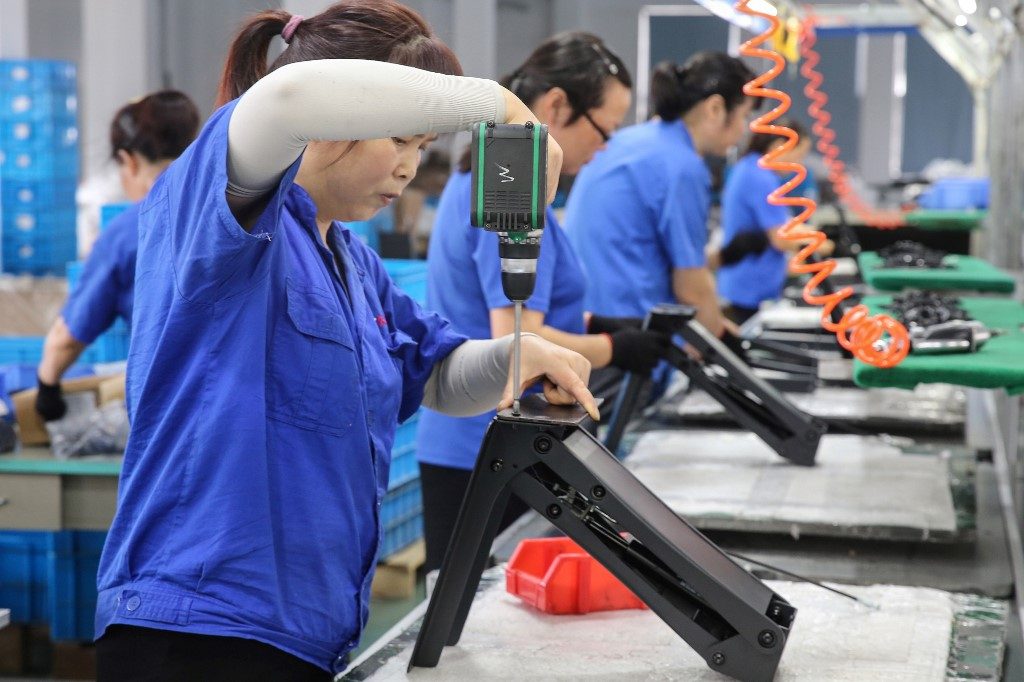 Globally, China’s exports dropped 3.2% in September from the same period last year, while imports dived 8.5%, according to data from the customs administration.

The figures were worse than a Bloomberg forecast, which estimated exports to drop 2.8% and imports fall 6%.

The US is now China’s 3rd biggest trade partner – after the European Union and the Southeast Asian trading bloc ASEAN – with imports from the US down 26.4% on-year in September.

Engulfed in an impeachment inquiry, US President Donald Trump heralded the deal as a major breakthrough.

But it may only offer a temporary tariff reprieve because it lacks specifics and leaves the thorny issues such as unfair state subsidies to Chinese firms for later, analysts told Agence France-Presse.

So far, the two sides have imposed punitive tariffs covering more than $360 billion worth of goods in two-way trade.

“We believe that as Sino-US trade negotiations have made progress…and we expect further healthy development in bilateral trade,” said Li Kuiwen, a spokesman for Chinese customs.

A major escalation in the trade war last month was “partly to blame” for the weak figures, said Julian Evans-Pritchard, of Capital Economics.

Washington imposed 15% tariffs on more than $125 billion in Chinese imports on September 1, and Beijing retaliated with its own fresh levies.

As a result, “the contraction in exports to the US deepened further, while shipments to the rest of the world held steady,” Evans-Pritchard wrote in a research note.

“With the mini US-China trade deal unlikely to alleviate the main headwinds facing exporters, it will take longer before growth in outbound shipments bottoms out.”

Chinese imports, which declined for the 5th consecutive month amid cooling domestic demand, may also not see a strong recovery, he said.

Pork imports, however, surged 43.6% on-year in September after an outbreak of African swine fever decimated pig supplies in the country.

On Friday, Trump played up the “substantial phase one” deal as a result of his hard-line stance with China.

But it will take weeks to finalize and the details are not clear – nor will it roll back tariffs already in place on hundreds of billions of dollars in two-way trade.

“The deal is still tentative and tensions between the US and China remain high,” said Tommy Wu from Oxford economics.

China’s state media also struck a cautionary tone and did not mention any “deal.” – Rappler.com