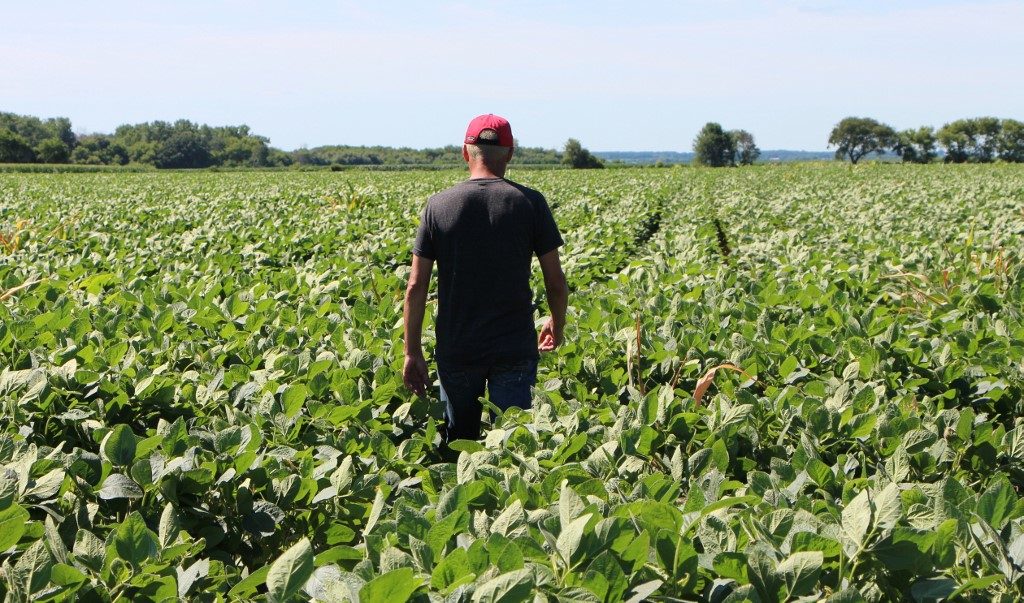 NEW YORK, USA – Saying China has promised to buy up to $50 billion in United States agricultural products, President Donald Trump is encouraging American farmers to prepare for a major influx of business.

But after months of losses and uncertainty amid the trade war Trump launched, many in the farm sector say they need more detail before they pop the champagne corks.

Shortly after announcing that a trade deal had been reached in principle between the world’s two leading economies, the president even jokingly suggested on Twitter that farmers “start thinking about getting bigger tractors!”

But on Monday, October 14, the country’s biggest agricultural federation, the Farm Bureau, told Agence France-Presse it was awaiting more concrete information on the tentative deal with China, which negotiators are continuing to finalize.

And Roger Johnson, president of the National Farmers Union (NFU), said that “while we are glad to see a detente in this seemingly endless trade war, the tangible benefits to American family farmers and ranchers are unclear.”

“Over what timeframe will the $50 billion of agricultural purchases – an amount that is double our peak annual farm exports to China – take place?” he asked in a statement on Friday, October 11.

At their peak in 2012 and 2013, when a drought in the US had sent the prices of agricultural commodities to record levels, exports to China reached no higher than $26 billion.

China’s imports of US farm goods fell in 2017 to $19.5 billion, before dropping sharply last year to just over $9 billion after Beijing imposed burdensome taxes on US imports in retaliation for similar US measures.

“From the very beginning of the trade war, farmers have been promised that their patience would be rewarded,” Brian Kuehl, co-executive director of Farmers for Free Trade, said in a statement. “To date, the deal they’ve been promised has not come.”

The Trump administration has released $28 billion in financial aid to American farmers to soften the blow from the Chinese tariffs, but there is no mention in the trade deal of China lifting its existing tariffs.

“Farmers in Wisconsin, Minnesota, Texas, and elsewhere will still wake up facing double-digit tariffs into one of America’s largest export markets,” Kuehl said.

At the Chicago Mercantile Exchange, where brokers bet on trends in the prices of farm products, the market was far from euphoric.

Soybean prices were up just 0.5% on Monday, even though American producers of oilseed products would be among the first to benefit from a surge in Chinese orders.

China’s soybean imports from the US totaled $12 billion in 2017; the Asian giant purchased 57% of all US soybean exports that year.

That total fell to $3 billion in 2018, due to new US tariffs and an epidemic of African swine fever that decimated Chinese herds – many of them fed by American soybeans.

“The market’s muted reaction shows the skepticism about the deal, the idea that, even if it happens, it just shuffles the trade flows” between different countries, said Bill Nelson, a chief economist for agricultural consultancy Doane Advisory Services.

Since the tariffs, China has upped its reliance on Brazil and Argentina for soybean supplies, while Mexico and some European Union members have purchased more of the US’ crop.

Nelson said it is not possible to suddenly “materialize another $20 billion of buying interests out of nothing.”

To compensate for losses from the African swine fever epidemic, China has greatly boosted its pork orders in recent weeks, while ordering around 3.7 million tons of soybeans during the month of September. (READ: China buys ‘considerable’ amount of U.S. pork, soybeans)

Nelson cautioned that while “that sounds pretty impressive…sales are still lower than what they used to be 3 or 4 years ago.” – Rappler.com