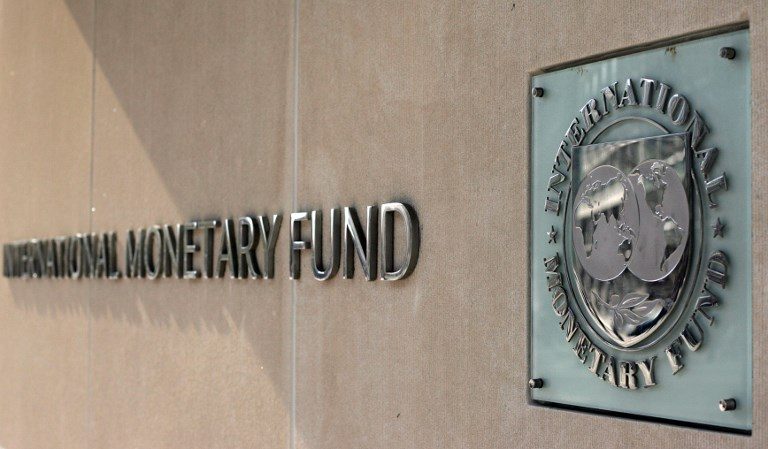 WASHINGTON DC, USA – The world economy is slowing to its weakest pace since the global financial crisis, as the US-China trade war and other factors like Brexit undercut business confidence and investment, the IMF said Tuesday, October 15.

It warned that the outlook is beset by risks, and urged policymakers to work to find resolutions to trade disputes, since there are limited tools to respond to a new crisis.

The IMF for the past year has every 3 months cut projected growth for 2019 as trade conflicts worsened.

In its latest World Economic Outlook, it trimmed the estimate by another two tenths, to 3.0%. The report also lowered the 2020 forecast by a tenth to 3.4%.

“At 3% growth, there is no room for policy mistakes and an urgent need for policymakers to cooperatively deescalate trade and geopolitical tensions,” Gopinath said.

But she welcomed news of a truce in the US-China conflict, announced Friday, October 11, after talks in Washington.

“We welcome the steps to deescalate tensions and roll back recent trade measures, particularly as they can provide a path towards a comprehensive and lasting” resolution, she said in a briefing with reporters.

The US-China trade war alone is estimated to shrink the world economy by 0.8% in 2020, the IMF said.

But Gopinath said a US-China truce would reduce that impact, essentially adding a tenth of a percent back to global GDP for 2020 for each round of tariffs reversed, including those Washington had planned for this week, as well as another batch due to hit China in December.

In addition, the trade conflicts and a slowdown in auto sales worldwide means trade growth has slowed sharply, falling in the first half of the year to its weakest since 2012, with an estimated increase of just 1.1% this year after a 3.6% jump in 2018.

While the US economy also has been hit by uncertainty – largely created by President Donald Trump’s trade offensive – the world’s largest economy remains a bright spot on the global stage, the report said.

After upgrading its US outlook in July, the latest WEO reversed course, and cutting the US forecast this year to 2.4% – still above trend but two tenths below the July forecast.

“For the United States, trade related uncertainty has had negative effects on investment but employment and consumption continue to be robust, buoyed also by policy stimulus,” Gopinath said.

Major central banks have taken steps to soften the blow to growth by lowering interest rates, without which the slowdown would have been worse, she said.

However, she cautioned that monetary policy “cannot be the only game in town” and governments, notably in countries like Germany, should take advantage of low rates to make investments to support growth.

“With central banks having to spend limited ammunition to offset policy mistakes, they may have little left when the economy is in a tougher spot,” Gopinath warned.

The fund warned that risks to the outlook predominate and the uncertainty around trade policy – which causes businesses to hold off on investments and undermines confidence – will take a larger chunk out of growth than the tariffs themselves.

But trade is not the only reason for the global slowdown: the report notes that in China’s economy, for example, growth is moderating as intended amid slowing domestic demand.

Other major economies like Brazil, India, Mexico, Russia and South Africa are slowing this year due to “idiosyncratic reasons” but are expected to recover in 2020.

“A notable feature of the sluggish growth in 2019 is the sharp and geographically broad-based slowdown in manufacturing and global trade,” the IMF said, which in addition to the higher tariffs and trade uncertainty is the result of the contracting auto industry.

That slowdown has had an impact in Germany, China and India, the report said. – Rappler.com