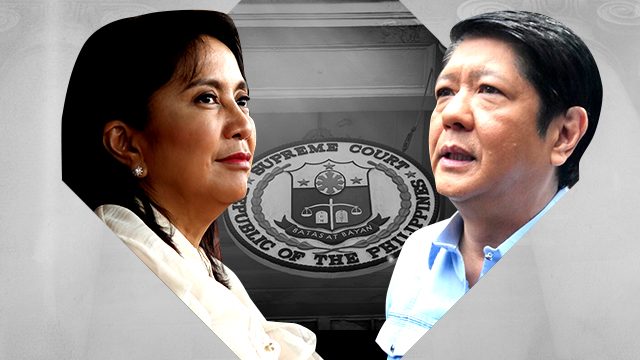 MANILA, Philippines – The Makati Business Club (MBC) welcomed the decision of the Supreme Court (SC) to release the report on the test recount in the 2016 election protest of losing candidate Ferdinand Marcos Jr against Vice President Leni Robredo.

“We hope this is a step toward dismissing the protest, and reducing the political and judicial uncertainty that came with it – uncertainty that manifests in risk premiums for those who would invest in Philippine jobs and industries,” the MBC said in a statement on Wednesday, October 16.

The organization, composed of some of the country’s most influential and wealthiest executives, believes that putting an end to the protest would “free both the Court and the Office of the Vice President to focus on pressing issues,” benefiting the well-being of Filipinos.

On Tuesday, October 15, the SC, acting as the Presidential Electoral Tribunal, ruled to release the results of the recount of votes in the 3 pilot provinces picked by Marcos – Negros Oriental, Iloilo, and Camarines Sur. (READ: CHEAT SHEET: The Marcos vs Robredo electoral protest)

Robredo and Marcos were asked to submit their comments on the results in the 3 pilot provinces and the motion to nullify the results in Lanao del Sur, Basilan, and Maguindanao.

There is no decision yet based on the results of the recount of votes in the pilot provinces.

Back in 2016, the MBC denounced the hero’s burial for Marcos’ father, the late dictator Ferdinand Marcos. – Rappler.com