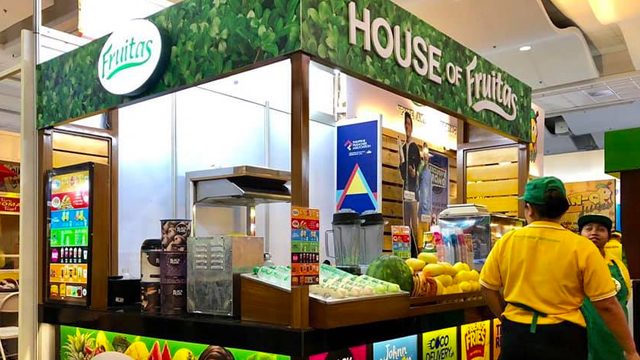 MANILA, Philippines – Food kiosk operator Fruitas Holdings got the nod of the Securities and Exchange Commission (SEC) for its plans to go public and raise some P1.2 billion.

In a statement on Thursday, October 17, Fruitas said its initial public offering (IPO) will have a base offer of over 533 million common shares with an overallotment option of up to 68.3 million outstanding common shares at a maximum price of P1.99 each.

“We are thankful to the SEC for granting pre-effective clearance for our IPO as this will allow us to serve our products to more Filipinos, source more raw materials, employ more people, and contribute to the growth of the Philippine economy,” Fruitas founder and chief executive officer Lester Yu said.

Should the company’s plans be given the green light by the Philippine Stock Exchange, the investing public can partake of up to 28.2% of the company’s total issued common shares.

Fruitas aims to list on the main board on November 29. It proposed an offer period from November 18 to 22.

“Going public will further strengthen our position as the leading food and beverage kiosk business player in the country and broaden the opportunities for growth,” Yu said.