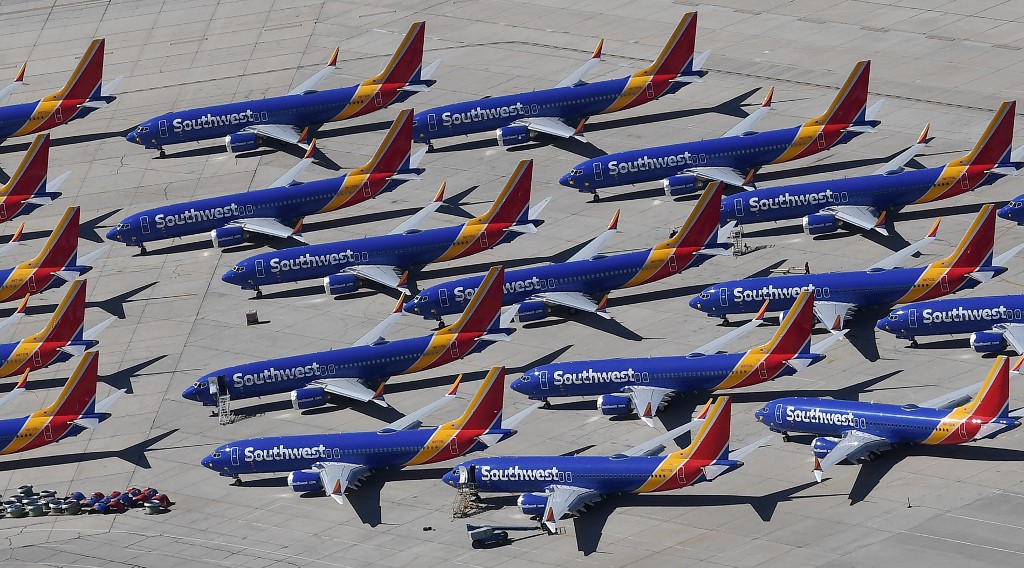 NEW YORK, USA – Boeing on Monday, November 11, said it expects the 737 MAX airplane, which was grounded after two crashes killed 346 people, to resume flying in January, delaying its return by one month.

In a statement, the group said it still hopes to receive certification next month from the Federal Aviation Administration (FAA), allowing it to resume MAX deliveries to airline customers before the end of the year.

“In parallel, we are working towards final validation of the updated training requirements, which must occur before the MAX returns to commercial service, and which we now expect to begin in January,” Boeing said.

It had previously planned for the model to resume flying in December.

The new timetable was well received by the market, with Boeing shares increasing 4.7% by around 2:30 pm (1930 GMT) on the New York Stock Exchange.

The 737 MAX planes have been grounded globally since mid-March, following the deadly Lion Air crash of October 2018 and the Ethiopian Airlines crash in March this year.

The grounding has dragged on far beyond initial expectations as Boeing had to upgrade systems and faced questions from regulators and politicians over the plane.

Southwest Airlines and American Airlines on Friday, November 8, pushed back their timeframe again for resuming flights on the 737 MAX until early March.

Southwest, the largest MAX customer at the time of the grounding with 34 of the aircraft, is currently doing without 175 flights per day out of a total of up to 4,000 while the planes are out of commission.

Companies also need to take into account the time needed to train pilots and install modified software on the aircraft before they can reenter regular service.

Boeing said Monday it has completed the first of 5 milestones it must meet before returning the MAX to service: a multi-day simulator evaluation with the FAA to “ensure the overall software system performs its intended function.”

The group said it still needs to run a separate, multi-day simulator session with airline pilots to “assess human factors and crew workload under various test conditions,” before FAA pilots conduct a certification flight of the final updated software.

Boeing has notably changed the aircraft’s Maneuvering Characteristics Augmentation System (MCAS), an anti-stall mechanism that pilots in both fatal crashes had struggled to control as the jets careered downwards.

Boeing will then submit to the FAA all the necessary materials to support software certification.

The final key step before the resumption of commercial flights is an evaluation by a multi-regulatory body to validate training requirements.

After this, Boeing said, a report will be released for a public comment period, followed by final approval of the training. (READ: Boeing wants it to fly, but travelers fear the 737 MAX)

“At each step of this process Boeing has worked closely with the FAA and other regulators,” the group said.

The 737 MAX crisis is one of the most serious in Boeing’s 103-year history, and has already cost the company tens of billions of dollars, triggering multiple investigations by US authorities and a cascade of complaints from victims’ families.

And while Boeing hopes for a resumption of commercial 737 MAX flights in early 2020, uncertainty still looms.

The European Union Aviation Safety Agency had estimated in early November that it did not expect a resumption of MAX flights in Europe before the 1st quarter of 2020 as it conducts its own test flights, assesses pilot training requirements, and coordinates with EU member states.

The FAA, which has come in for widespread criticism for entrusting certification of important systems of the aircraft to Boeing, has promised a thorough review before certification.

Pilot training remains a contentious point, with Europe and Canada requiring training on flight simulators while American pilots will only have to go through faster computer-based training. – Rappler.com